Weirdness, the new normal on TV 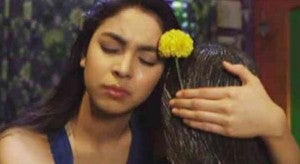 After surveying the teleseryes being shown this season, we’ve come to the quirky and quixotic conclusion that our storytellers think today’s viewers aren’t interested in characters who are average and normal. So, the operative rule now seems to be: The weirder and more far-out, the better!

Thus, current shows present a veritable circus or human zoo: On “Mira Bella,” the title character has a literally wooden complexion, complete with whorls on her lawanit skin.

On “Moon of Desire,” the hirsute heroine suffers from a medical condition that has covered her all over with “werewolf” hair! 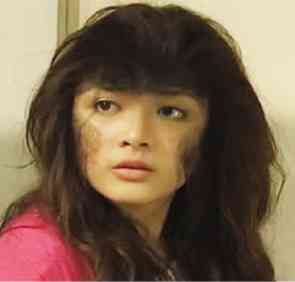 MEG IMPERIAL in “Moon of Desire”

On “Dyesebel” and “Kambal Sirena,” mermaids and mermen rule the underwater kingdom—and the TV ratings.

On “Rhodora X,” the female protagonist may look quite normal, but she’s a big psychological mess inside, with two, three and even more split personalities fighting for supremacy and control.

Also psychically “contorted” or physically disfigured are the other characters on TV, like the sister in “Rhodora X,” who has been left with a literal “X” scar on her forehead by her crazed sibling!

Expanding further on this penchant for über-weirdness, some Holy Week drama specials fielded all sorts of diseases, deformities and disfigurements—with the cake being taken by the “Maalaala Mo Kaya” episode in which Kim Chiu and her siblings were all suffering from terrible illnesses, like blindness, a brain tumor and an eye bulging out! 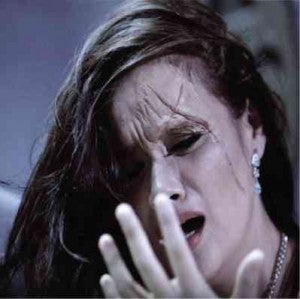 The bizarre smorgasbord of afflictions kept viewers glued to the TV screen, to see how everything would finally be resolved!

On point of contrast, Meg Imperial in “Moon of Desire” has too much hair, while Pauleen Luna in the “Eat Bulaga” Lenten drama special “Anyo ng Pag-ibig,” had none at all—prompting us to “helpfully” wonder: Perhaps they could have worked out some sort of arrangement to considerately share what they had—or didn’t have?

Other high-strung characters (in the EB Lenten specials) include the suicidal Julia Clarete in “Ilaw ng Kahapon,” Maricel Soriano as the hatefully dictatorial ate in “Kulungan, Kanlungan,” and the soggily, sobbingly blind character that Jose Manalo lugubriously portrayed in “Pangalawang Bukas.”

Stars just love playing unusual and even bizarre characters like these because they know that viewers will pay special attention to their over-the-top performances. So, more often than 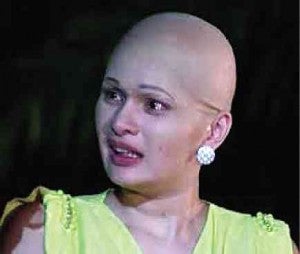 not, the portrayals they come up with make the already dire proceedings even more—alarming!

We understand why such weird and unusual characters and situations are popular these days, but we hope that, as things go from worse to worst, saner viewers and TV people will realize that enough is just plain too much!—and pull the plug on the now loopily “trending” craze that’s taken over the local TV drama scene.

Yes, bizarre characters grab viewers’ shocked or concerned attention in a major way, but to achieve genuine empathy—which is what dramatics should be about—characters and situations have to be “ordinarily” believable and “relatable” above all else!