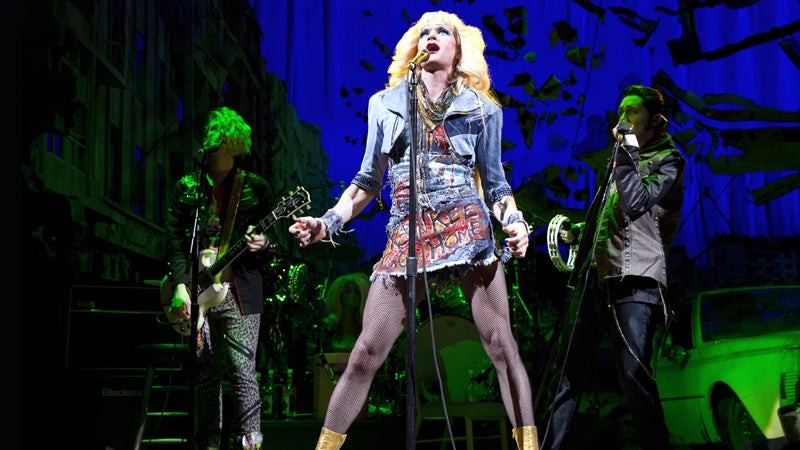 NEW YORK, USA— It was a brutal Tuesday morning for some A-list stars on Broadway.

Neil Patrick Harris, who won a nomination for his brilliant performance in the punk-rock show “Hedwig and the Angry Inch,” said he was surprised by the final list. But he’s been a Tony host and knows from experience the process is often rough.

“Having been the host in previous years, it’s always interesting and surprising,” he said. “It’s a small group of people that nominate and you’re never quite sure what they’re responding to. That being said, it does get to showcase the talents of people who often don’t get their moment in the spotlight.”

One of the winners on Tuesday was unconventional musicals: “A Gentleman’s Guide to Love and Murder,” a romp with a leading man killed eight times, led the field with 10 nods. It was followed by “Hedwig and the Angry Inch,” a rock concert by a transgender German, with eight, and “After Midnight,” a candy sampler of stunning dance and singing acts, with seven.

When the dust settled, the musicals up for the Tony’s biggest prize are: “After Midnight,” ”A Gentleman’s Guide to Love and Murder,” ”Aladdin,” and “Beautiful: The Carole King Musical.” Not one of the shows has a big movie star.

“It’s going to be a really exciting Tony race to watch,” said Scott Sanders, who produced “After Midnight,” which celebrates Duke Ellington’s years at the Cotton Club nightclub. (The nomination happened to come on Ellington’s birthday.) “The four shows could not be more different in many ways.”

Another big winner was the old master himself — Shakespeare. The Mark Rylance-led productions of “Richard III” and “Twelfth Night” from London together scooped up eight nominations.

Rylance, who played “Richard III,” will compete in the best leading actor in a play category with Samuel Barnett, also in “Twelfth Night,” Bryan Cranston in “All The Way,” Chris O’Dowd in “Of Mice and Men” and Tony Shalhoub in “Act One.” Rylance also snagged a supporting nomination playing a woman in “Twelfth Night.”

He said he didn’t care which role actually won. “My preference is being nominated,” he said, laughing. “I find in my experience winning is rather an isolating, lonely experience.”

The Shakespeare productions — performed by an all-male cast and seeking to replicate how the plays were produced in the Bard’s day — also extended the trend on Broadway toward embracing drag.

While not all Hollywood stars came away empty-handed — Cranston, as expected, won a nod for playing Lyndon Johnson in “All the Way” — the lack of nominations for Broadway veterans from the film world such as Washington, Radcliffe, Patrick Stewart and Ian McKellen, or first-timers, like Franco and Williams, was striking.

“I’m heartbroken that she wasn’t nominated,” said Danny Burstein, who got his fifth nod, about his “Cabaret” co-star Williams, who plays as Sally Bowles. “She is so fantastic in the show. And in all my years, I have never seen anyone work harder,” he said.

One of the spots that likely may have gone to a Hollywood star instead went to Andy Karl, who transformed his body over three years into a fearsome boxer to play the title role in “Rocky.”

Five-time Tony Award winner Audra McDonald earned a leading actress in a play nomination for “Lady Day at Emerson’s Bar & Grill.” That’s the one female acting category in which she hasn’t already notched at least one win, meaning she is in a position to make history as the Tonys’ first grand-slam performance winner.

McDonald, who plays Billie Holiday, goes up against Tyne Daly from “Mothers and Sons,” LaTanya Richardson Jackson of “A Raisin in the Sun,” Cherry Jones from “The Glass Menagerie” and Estelle Parsons in “The Velocity of Autumn.” Parsons’ nomination couldn’t save the play; it announced it would close this weekend after weeks of poor box office receipts.

Tony Award-winner Idina Menzel, the “Frozen” singer who got a dose of attention when John Travolta mangled her name at the Oscars, got a nomination for her role in “If/Then.” The show itself didn’t get a best musical nomination, though the music did.

“I’m disappointed. I won’t lie. I’m disappointed, but I’m also really excited about being nominated. Being back in the Broadway community is where I feel at most home. I didn’t come back for many years because I wanted to find something that I felt really strongly about.”

She will compete in June with a very impressive group of women: Mary Bridget Davies in “A Night with Janis Joplin,” Sutton Foster in “Violet,” Mueller in “Beautiful: The Carole King Musical” and Kelli O’Hara of “The Bridges of Madison County.”

Some 870 Tony voters — members of professional groups such as The Broadway League and Actors’ Equity Association — will decide the final awards, which will be handed out June 8 at Radio City Music Hall.

One actor who will be there with a smile is James Monroe Iglehart, who plays the rambunctious genie in Disney’s “Aladdin.”

“I know it sounds cliche, but I’m so happy to be nominated. I get to sit down at the Tonys. I’m not in the back. I’m not watching it on television. I get to sit. There’s a ticket with my name on it,” Iglehart said. “And I don’t have to pay for it!”

Tony Awards begin with a bang; win for Vance