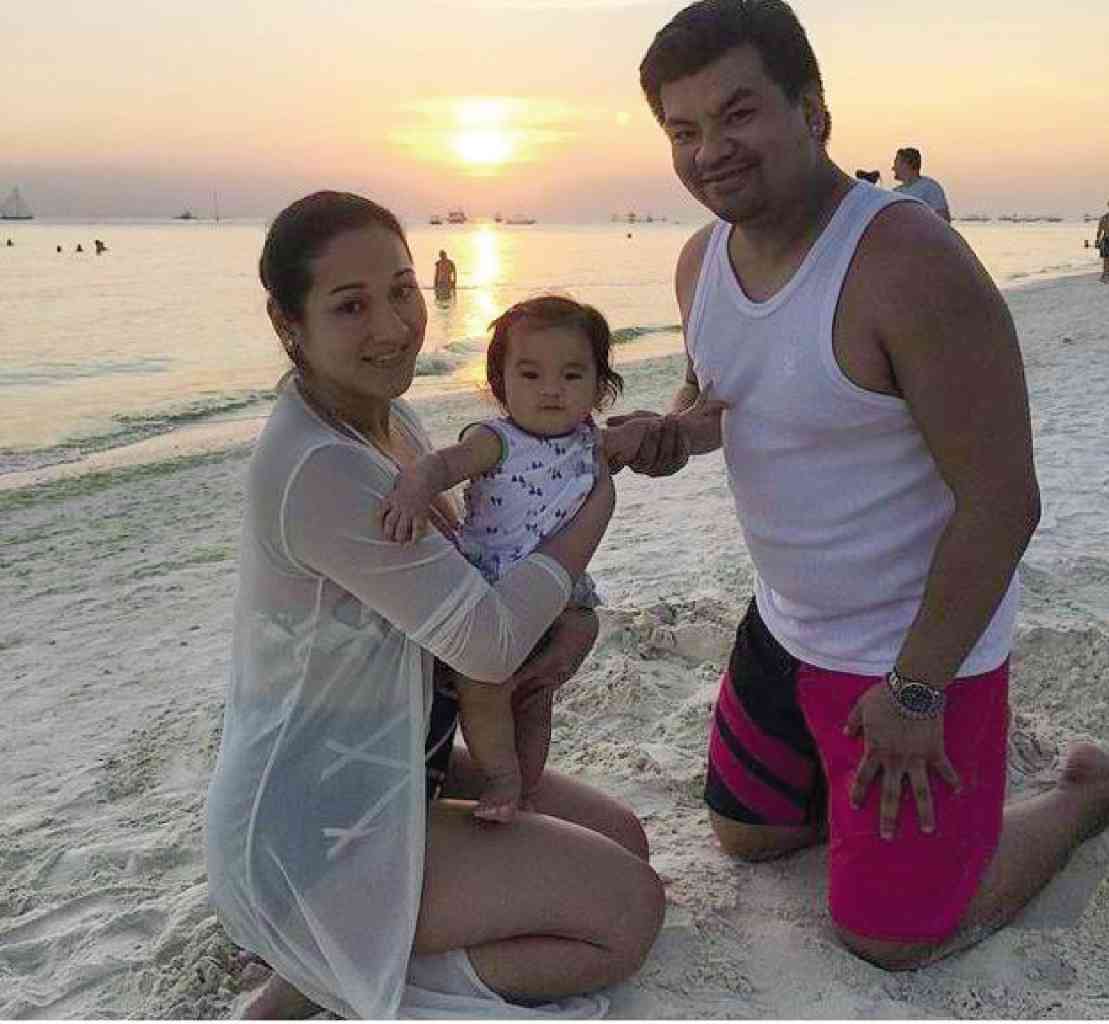 FOR CHINA’s first birthday as a mom, Gino takes her and their baby, Lucia, to Boracay.

I immensely enjoyed the birthday eve of my dear friend, China Cojuangco-Gonzalez at Epic Boracay. It was just an intimate get-together. “Boradise” has always been her fave island—now especially, because that’s where her hubby, chef Gino Gonzalez, proposed to her.

They frequent Boracay but this time around, they brought their adorable baby girl, Lucia.

“It’s Lucia’s first trip to Bora,” China said. “It’s heaven watching her have fun while swimming. This vacay is the best gift. It’s my first birthday as a mom [but] I told Gino that there’s no need to buy me anything.”

She said of motherhood: “It’s fun but a little hard. I can’t really drink since I’m nursing. I would sneak a drink after feeding but that’s it. I think less of myself now and more of Gino and Lucia.”

Gino surprised his fab wife with a bouquet of her fave white lilies. They opened a 2000 Dom Perignon Rose, which they drank while watching the famous Boracay sunset.  Bottom’s up at sundown, and cheers to such a lovely family three!

As Michael Jackson’s No. 1 fan and imaginary widow, I eagerly await the release of his second posthumous album, “Xscape” (Ivory Music and Video, exclusive licensee of Sony Music), on May 13.

It features eight unreleased tracks by the King of Pop.  There will also be a deluxe edition, which includes all of the recordings in their original form.

“Xscape” is executive-produced by Epic Records chair and CEO LA Reid who was granted unlimited access to the treasures representing four decades of material.

Since I’ve read every single book about MJ, let me give you a teaser on  “Xscape”:

“Slave to the Rhythm” (2003): MJ originally worked on this with Jimmy Jam and Terry Lewis, then with Tricky Stewart.

“Do You Know Where Your Children Are” (1990): It was supposed to be included in the album “Dangerous” but MJ included it in another album.

The King of Pop’s music has always been our great “Xscape.”  After getting lost in the beauty of an MJ song, something in our hearts will never ever be the same again.

Song for the Pope

After watching the coverage of the canonization of Pope John Paul II and Pope John XXIII on TV, I got an LSS (last song syndrome) of Jamie Rivera’s inspirational song, “Tell the World of His Love,” the fave background music of all the TV features on the two new saints.

So I thought of asking Jamie about her fond memories of Pope John Paul II. “In 2003, St. John Paul authored the Fourth World Meeting of Families in Manila. He was supposed to grace the event but he was too weak to travel,” Jamie recalled. “So during the event, I sang ‘Only Selfless Love’ in Italian. Celeste Legaspi sang it in English and Apo Hiking Society in Tagalog. It was shown via satellite in Rome and the Pope applauded when he saw it. Too bad I did not get to meet him. But it made me feel good to sing for him, knowing that he understood my version since it was in Italian.”

But for a saint like Pope John Paul II, language barrier does not matter because he’s fluent in the lingo of love. One heart, fits all.

Damo guid na salamat sa mga pinalangga ko: My “godfather” in Boradise, Boy So, for giving me a home away from home, La Carmela de Boracay, and his ever-dependable manager, Love Apelado …  My Bora Angel, Dindo Salazar and Chris Supetran for making me feel so at home at the coolest chill-out club, Wave, of Boracay Regency … to the wonderful Ortiz clan, especially Mark and Tita Cora, for “adopting” me at their idyllic San Antonio Beach Resort  in Capiz … to Tophy Andrada of Asya Premier Suites Boracay, Pete Gonzalez of Tides, Vicky Salem of Boracay Plaza and Mavic of Cez Manor for being such gracious hosts.