‘Movie magic’ has its limits 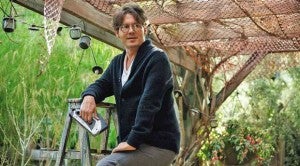 DEPP. Portrays brilliant inventor who “lives” even after his demise.

After Johnny Depp stumbled badly with his Tonto role in “Lone Ranger,” we looked forward to catching his next starrer, hoping that it would enable him to recover lost ground. Well, that follow-up starrer, “Transcendence,” has finally been shown—but, it may not be what Depp needs to get his career back on easy street again.

The good news is that, this time around, Depp doesn’t play a weird and scruffy character—in fact, he’s a brilliant inventor who seeks to do nothing less than to use the amazing computer intelligence he’s harnessed to come to bear on, and finally solve, mankind’s major problems, like illness, starvation, inequality—and even death!

One would think that everyone would be wishing him well, but there are those who fear that the massive computer power amassed by Depp’s character, Dr. Will Caster, will end up in the wrong hands, and subjugate instead of help mankind. So, the well-meaning inventor is felled by a terrorist’s bullet—which turns out to be laced with a poison that will kill him in only a couple of weeks.

What to do? His similarly brilliant wife (Rebecca Hall) comes up with the “impossible” ploy of decoding Caster’s entire mental and psychological makeup, so he can continue to live and function even after death.

This sounds really far-out, but through the magic of digital special effects, it’s made to happen. After a while, however, the “effects” approach fails to make the movie’s far-out premises sufficiently believable, so we find ourselves switching off and tuning out.

This just goes to show that even state-of-the-art “movie magic” has its limits—when it isn’t applied creatively and persuasively enough for us not just to ta citly believe it, but to feel for the characters whose crises are unfolding on the big screen.

It also doesn’t help that, when the technology kicks in, Depp’s character becomes a less potent and active presence in the storytelling, and his wife takes over. For these and other reasons, “Transcendence” generally fails to rise above its built-in limitations, and ascend to the next level of implicit empathy that it needs in order to make its entire storytelling premise and conceit “work.”

But, we haven’t given up on Depp, and redouble our hope that his next starrer will in fact transcend the rough spots that his thespic career has been encountering of late—!