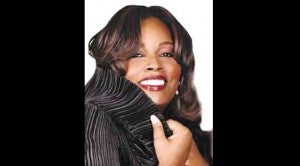 Dianne Reeves is known among sing-along aficionados for her hard-to-sing inspirational tune, “Better Days.” But, jazz lovers adore her for her improvised melodies and seamless technique—as her genre-redefining covers of Minnie Riperton’s “Loving You” and “My Funny Valentine” demonstrate.

The sophisticated 13-song lineup of “Beautiful Life,” her first album since 2008’s “When You Know,” is guaranteed to cool you down this summer, with lushly arranged and sublimely rendered songs that quickly grow on you.

“I Want You” is made more memorable by Sean Jones’ trumpet solo, while “Waiting in Vain” simmers in its bossa vibe, garnished with a whiff of reggae—with a sumptuous serving of Afro-Caribbean scatting. Much of “Tango” is also performed with wordless scatting, as Reeves and her gifted arrangers sprinkle soul, salsa and rhumba into their sumptuous musical brew.

It’s hard to resist the retro-funk groove of “32 Flavors,” which is notable for its witty ideas about rejection. In “Dreams,” her luminous voice lingers as she cautions: “Loneliness drives you mad/ In the stillness of remembering what you had lost/ Thunder only happens when it’s raining/ Players only love you when they’re playing/ When the rain washes you clean/ You will know.” 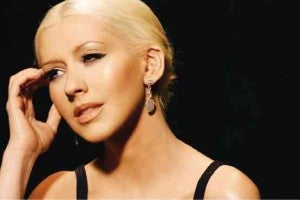 Speaking of ballads, early this month, we wrote about our choices for the summer season’s hottest dance tracks. The season’s best ballads are just as unforgettable: In Coldplay’s heartbreaking “Magic,” Chris Martin laments his “conscious uncoupling” with Gwyneth Paltrow: “I call it magic when I’m next to you/ I can’t get over you, don’t want anybody else but you.”

In “Say Something,” the guys of A Great Big World seek closure from a failed romance. The song has an ace (collaborator) up its sleeve—Christina Aguilera, who provides its wistful harmony in the background. Snow Patrol sings about how lies get in the way of a beautiful relationship in “In The End.”

“You’re Mine,” about longing for an ex, is as beguiling as Mariah Carey’ breezy rendition, while Sevyn Streeter’s gorgeously rendered “Next” is about a woman torn between her love for her beau and the fact that their strong affection for each other doesn’t seem to be enough to keep them happy.

After “All of Me,” what does John Legend do for an encore? “A Million,” the 35-year-old crooner’s soulful contribution to the soundtrack of the recent screen remake of Rob Lowe and Demi Moore’s 1986 drama, “About Last Night,” has lyrics and melody that will make you reminisce about the Special Someone you gave up almost everything for.

Finally, whose is the haunting singing voice behind the eerie new version of “Once Upon A Dream” in the trailer of “Maleficent,” the live-action incarnation of Disney’s 1959 animated classic? The brooding alto belongs to Lana del Rey, who was handpicked by Angelina Jolie to sing the song. The Grammy winner captures the gothic menace and moody tone that characterize the cautionary tale of Princess Aurora’s vengeful enchantress!

Read Next
Brosnan and Thompson ham it up
EDITORS' PICK
OPINION: Mischief Reef – where it all started
POVA x Mobile Legends Bang Bang: A partnership that’s built to win
Infants bundled off; no one hurt in PGH fire
Tired of your Wi-Fi signal problems at home? Here’s a solution!
Fire-damaged PGH calls for donations
CPA Australia and their designation: Advance your career
MOST READ
Leonen impeachment case moves forward in House
Hot, humid weather for PH on Monday — Pagasa
Longest recession since Marcos era
Long working hours are a killer, WHO study shows
Don't miss out on the latest news and information.