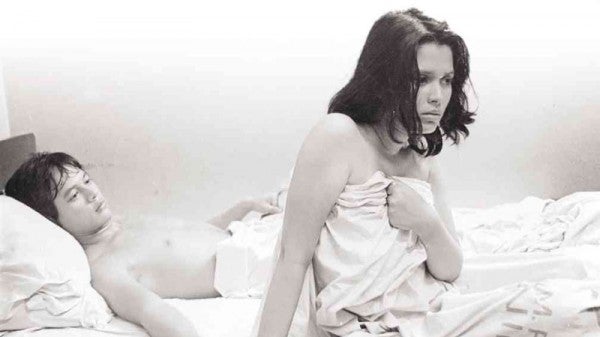 HILDA Koronel was a standout in Brocka’s “Maynila sa mga Kuko ng Liwanag.” This scene from the movie shows her with costar Bembol Roco.

It can be instructive to note how popular actors’ portrayals deepen or weaken through the years and decades. Some very fortunate or focused stars are amazingly consistent—for instance, when you look back on Hilda Koronel’s entire career, you can’t cite a really bad or “off” characterization.

She was a standout as early as her “introducing” shot in “Santiago,” excellent as Ligaya Paraiso in “Maynila sa mga Kuko ng Liwanag,” and still superlative even as a mature actress in her occasional TV or film appearances in the last few years.

That’s why we cite Hilda as an iconic star who, like Nora Aunor, still has many potentially great portrayals left in her—so, indie filmmakers should be conceptualizing challenging projects for her, by all means!

But, Hilda is an exception to the “rule” for long-running thespic careers in these parts, which is one of unstable, “roller-coaster” progression. Take Christopher de Leon: Like Hilda, he was discovered and mentored by the late, great Lino Brocka, but his body of work is marked by ups and downs.

He was great in Eddie Romero’s “Ganito Kami Noon, Paano Kayo Ngayon” and Ishmael Bernal’s “Broken Marriage,” but some of his recent teleserye characterizations have been too jowl-clenching and nostril-flaring for comfort.

We still believe, however, that if another great director like Brocka, Romero or Bernal is able to focus his portrayal, Christopher has it in him to surprise and chasten us again!

Even the Nora Aunor hasn’t been spared from the roller-coaster lack of consistency of her characterizations. We feel that she was at her very best in Brocka’s “Bona,” where she was perfectly cast as the scorned and abused alalay of an action-film starlet (Phillip Salvador), and some of her more recent performances have also been exceptional. But, she went through a long period characterized by poor choice of roles, and the incursion of bad acting habits and tics, like her tendency (now happily gone) to make her chin “feelingly” tremble in particularly “heavy” dramatic scenes.

Now that she has matured, both as an artist and as a person, Nora has learned that less is indeed more, and we’re all the better for it!

Still, it would be good for her to remind herself that she comes off relatively poorly when she attempts to play powerful and “important” characters like judges, and such.

This is not to limit her daring and ambition, it’s just a simple reminder that how a movie actor looks affects the range of people he or she can believably portray.

What about Vilma Santos? In our estimation, she was at her very best in Mike de Leon’s “Sister Stella L.,” where the Vilma we knew “disappeared,” and the young, activist nun she was portraying convincingly took her place.

But, Vilma has also had occasional low thespic moments, like the forgettable flick she once costarred in with Romeo Vasquez, in which, no longer in their teens, they “dared” to play gooey and giggly college students!

Of course, Vilma is much more consistently a standout these days, since she can only do a film every two or three years.

That should really be the attitude of all of our senior stars: Regard each of your occasional screen appearances like it’s going to be your last, because that’s how you will most palpably be remembered, especially by young viewers who may not be aware of your past thespic triumphs. In the acting biz, you are only as good as your last performance!