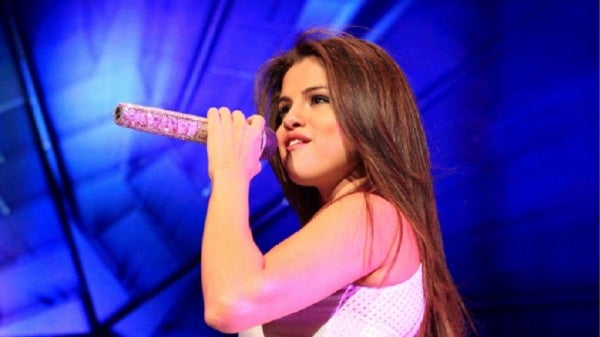 In this Oct. 22, 2013 file photo, Selena Gomez performs in concert at the Giant Center in Hershey, Penn. Authorities say a man has been arrested for breaking into Gomez’s California guesthouse while the 21-year-old actress and singer was home. The Los Angeles County Sheriff’s Department says 20-year-old transient Cruz Che is being held Monday, March 31, 2014, on $50,000 bail. AP

Sgt. Fray Lupian says Gomez arrived at her Calabasas home at about 9:30 p.m. Sunday when she heard a noise and called security.

He says the suspect knocked on the door and a friend answered but slammed it closed when he asked for Gomez.

Security found the suspect in the guesthouse and held him for deputies.