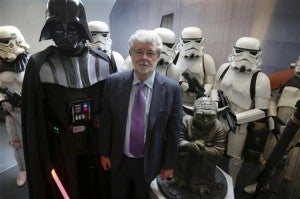 Director J.J. Abrams will begin shooting in May on “Star Wars: Episode VII,” which is set three decades after 1983’s “Return of the Jedi,” Disney CEO Bob Iger said Tuesday.

Speaking at the company’s annual shareholder’s meeting in Portland, Oregon, Iger said the movie would feature “some very familiar faces along with a trio of new, young leads.” Abrams has a penchant for secrecy, and Iger said R2-D2 was the only “official cast member” he would announce.

“Episode VII” is set for release in December 2015.