Lea Michele sings about love and tragic loss in ‘Louder’ 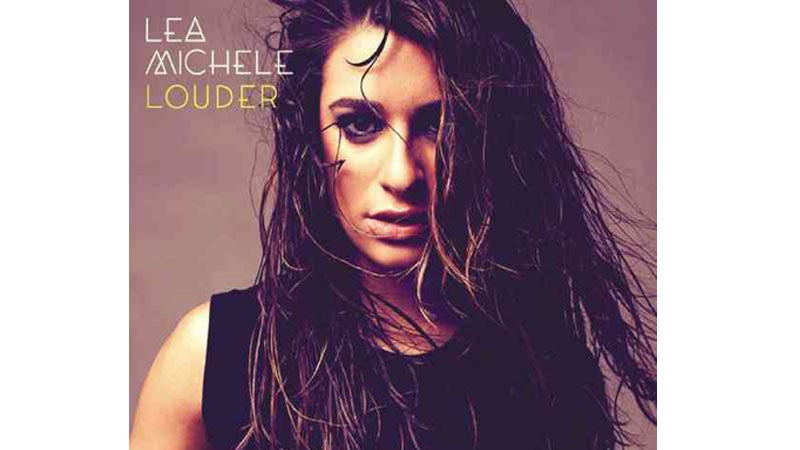 Lea Michele hasn’t spoken much about the shocking death of her boyfriend, Cory Monteith—who died from heroin and alcohol overdose in July last year. In her all-original debut album, “Louder,” which bows at No. 5 on the Billboard 200 this week, “Glee’s” theater-honed ingénue finally shares her thoughts about the tragic incident:

“If You Say So,” which she cowrote with Sia and Chris Braide, is haunting in its tortured honesty as it recalls the songstress’ last conversation with Cory: “It’s been seven whole days since you lost your fight/ And I can’t get (your) last words out of my head/ You said, ‘I love you girl’/ I answered, ‘I love you more’/ (After) a breath and a pause, you said, ‘If you say so’/ Now I’ll never know if all I’ve been told is just a lie so bold…”

“Battlefield,” the other cut she cowrote with Sia, is also about a failed relationship. It showcases a heftier voice, a rousing chorus and alluring harmonies. Another track about loss and love gone awry is “Thousand Needles”: “My world is crashing down/ Now that I can’t have you around/ Why do you want to break away? I’m bleeding/ I can see you now in shades of grey/ A memory fading.”

It’s intimate moments like this that elevate Michele’s album from the cookie-cutter, electro-pop drudgery that characterizes some of the repertoire’s “louder” tracks. Yes, “Cannonball,” the first single, has a club-ready swagger—but, its tedious, unremarkable hooks drown out its pull-yourself-together message.

The first time we heard the tune last year, it left us less than “gleeful” about the recording’s prospects on the pop charts—and the dance floor! Hearing the singer hit the track’s piercing trills with passion and precision is one thing, but her eardrum-popping, repetitive runs in the chorus quickly overstay their welcome, and ultimately sound disingenuous.

Thankfully, the collection’s next dance single, “Louder”—about living life to the fullest—has catchier hooks and a hum-worthy melody. “On My Way,” “Don’t Let Go” and the midtempo “You’re Mine” also benefit from an accessible and groove-heavy vibe.

For the most part, the album intones a survivor’s sensibility, by always choosing to see the glass half-full in its songs, and enthusiastically rallying behind its musical tales’ love-struck heroes and lovelorn heroines. —But, there are unsettling lyrics that reveal the 27-year-old performer’s gloomy moments:

In the soul-baring “Burn With You,” Lea Michele puts Rachel Berry’s idiosyncratic cheerfulness on the back burner as she pleads to a lost love: “I don’t want to go to heaven if you’re going to hell/ We are broken, but we’re happy/ I don’t want to dream without you/ I don’t want to bleed without you!” —Be careful what you wish for.