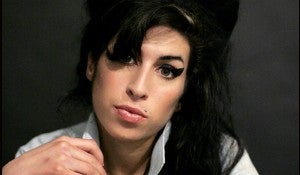 LONDON—The family of Amy Winehouse on Wednesday launched a foundation to help vulnerable young people on what would have been the British soul star’s 28th birthday.

Almost two months after the “Rehab” singer was found dead in her London home following a lengthy battle with alcohol and drugs, her parents unveiled the project.

It coincided with Winehouse’s first posthumous release, a duet with American singer Tony Bennett called “Body and Soul”, with proceeds from its sale providing an early financial boost to the foundation.

“We want to give money to projects that make a direct difference,” said the singer’s mother Janis.

“It is a source of great comfort to know that Amy would be proud of this and right behind it.”

The Amy Winehouse Foundation aims to help young people in Britain and abroad who need support because of addiction, ill health, disability or financial disadvantage, according to its website.

“It seemed appropriate that the focus of our work should be with young people,” said her father Mitch Winehouse.

“Amy touched millions throughout the world and I know she will continue to, through the foundation.”

Toxicology tests found no evidence of any illegal substances in her body, according to her family. Her father believes bouts of heavy drinking followed by short-lived attempts to give up alcohol may have prompted a fatal seizure.

A full inquest is due to be held on October 26.

Winehouse rocketed to fame after winning five Grammy awards off the back of her 2006 second album “Back to Black” and famously sang about her refusal to seek treatment for her addiction in “Rehab”.