Ballad of a frozen metal 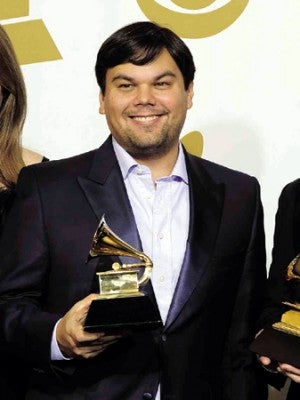 FILIPINO- AMERICAN Robert Lopez is gunning for his first Oscar for the song “Let in Go” in the Disney movie “Frozen.” AP FILE PHOTO

MANILA, Philippines—A full-grown man sang it, toddlers belted it, and the Academy awarded it, yet fans simply can’t “Let It Go.”

After four months since the movie’s premiere, an Oscar for “Let It Go,” and several vocal renditions, a seven-string guitar moves under the spotlight to render the ballad.

In a YouTube video from Eric Calderone, under the YouTube username 331ERock, “Let It Go” got a metal version and has, as of posting time, garnered 428,235 views since its March 8 upload.

Calderone, who earned his first bachelor’s degree in orchestration for television and film from the Berklee College of Music, played along a pre-recorded piece with his seven-string guitar.