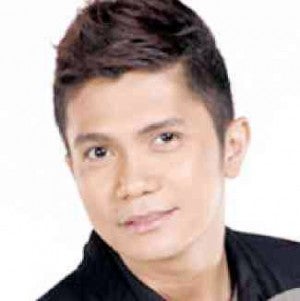 MANILA, Philippines — Another suspect in the mauling of comedian/TV host Vhong Navarro described as an afterthought his inclusion in the criminal case filed by the actor and the National Bureau of Investigation.

Sajed Fernandez Abuhiljeh, in his counter-affidavit submitted to the Department of Justice Friday, said he never laid a hand on Navarro.

“From what I was gathering at that time, Cedric (Lee, his co-respondent) chanced upon the complainant (Navarro) raping Deniece (Cornejo) and beat him up to protect her,” Fernandez said.

“Based on the scene before me, I had and still have difficulty concluding what had really happened that night…What I am certain about is that I never laid a hand on the complainant nor was I a part of any plan to inflict harm on his person,” he said.

The complaint is a “malicious afterthought done to lend credence to his weak claim of conspiracy,” Fernandez said in his affidavit.

Fernandez said he even felt sorry for Navarro, adding that he even interfered with Lee who was then beating Navarro and told him to take the actor to the police.

While at the police station, he said he introduced himself to Navarro and asked the police to give Navarro a glass of water and asked him “Ginawa mo ba talaga yon? Ina-Idolize ka pa naman ng mga bata (Did you really do it? Kids idolize you).”

He said Navarro only said “sorry.”

From the police station, he said he offered the actor a ride back to Forbeswood but the police also offered a ride.

“When we parted ways, I called complainant on his mobile phone, I was sincerely concerned about him. I told him ‘oh eto yung number ko. Magpahinga ka. Uminom ka ng Ibuprofen or Alaxan or magpatingin ka sa doctor,” Fernandez said.

Co-respondents Simeon Raz and JP Calma, in their counter-affidavits, also denied participation in mauling the actor.

Fernandez filed his counter-affidavit on the criminal charges filed against him and several others, including Lee and Cornejo, by Navarro.

The DOJ, meantime, gave another respondent, FerdinandG Guerrero, until March 14 to file his counter-affidavit.

The panel of prosecutors intend to wrap up the preliminary investigation into Navarro’s complaint on said date, since only Guerrero has yet to submit his defense