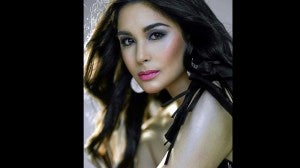 After staying in Jakarta for more than a month, the first thing Gwen Zamora did upon arriving in Manila was buy spaghetti from a popular fast-food chain. “I missed Jollibee,” Gwen confessed.

On her recent birthday, Gwen whipped up Pinoy spaghetti for the Indonesian cast and crew of director Mohamad Yussuf’s “The Witness,” the movie she did there. “But I couldn’t find good tomato sauce in Jakarta,” she recalled.

Gwen, whose dad is a pastry chef, improvised. “I mixed sweet and spicy sauce with Heinz ketchup and sugar,” she said. “Then we had tiramisu.”

She had a tough time getting used to Indonesian food, she admitted. “I’m not into spicy dishes, so I stuck to fried rice and their version of the pancit (stir-fried noodles).”

Despite the culinary challenges, she had a blast. Just like Christian Bautista before her, the 21-year-old GMA 7 star was chosen to play the lead role in an Indonesian movie.

It was an enlightening experience, Gwen said of the shoot. “We usually shot at night, from dusk to dawn. Later we worked during the day, from sunrise to sunset.”

Shooting during Ramadan, she saw how her coworkers persevered even though they were fasting in the daytime. “They didn’t eat or drink water on the set.” Sensitive to their religious tradition, she hid whenever she took her meals.

Producer Sarjono Sutrisno of Skylar Pictures said Gwen got along well with the crew and cast led by local actors Pierre Gruno, Marcellino Lefrant, Kimberly Ryder and Agung Saga. “Gwen was a perfect fit with the rest of the team,” said the producer.

Rufino Dwinanro, managing director, noted that Gwen was “fun and easygoing, and made the work seem effortless.”

Sutrisno explained that they thought of coproducing with GMA 7 because of the country’s potential as an entertainment market. “In our research, we found that Filipinos patronize local movies,” Sutrisno said. “In Indonesia, Hollywood films are more popular. But in the Philippines, local films become box-office hits. We’d like to learn more about that market.”

GMA 7 has teamed up with Skylar and local company OctoArts for the movie’s distribution. After a Manila premiere in March 2012, Skylar hopes to screen it all over Asia—including Malaysia, Singapore and Taiwan, aside from Indonesia.

“Until now, I can’t believe I was chosen for this project,” said Gwen.

Read Next
Kinnear channels Kennedy, finds the man ‘fascinating’
EDITORS' PICK
Leveling up your ‘lutong bahay’ with the kitchen companion you never knew you needed
SM prepares for ‘safe malling’
Notice of 2020 regular meeting of stockholders June 18, 2020
LIST: What to expect in areas under GCQ, MGCQ
Drilon wants repeal of penal provisions in proposed Bayanihan extension law
DOTr bares 2 phases of public transport revival in GCQ areas
MOST READ
LIST: What to expect in areas under GCQ, MGCQ
Duterte approves Metro Manila’s shift to GCQ starting June 1
Hong Kong loses US ‘special status’ — what next?
National Guard called to respond to Minneapolis violence
Don't miss out on the latest news and information.