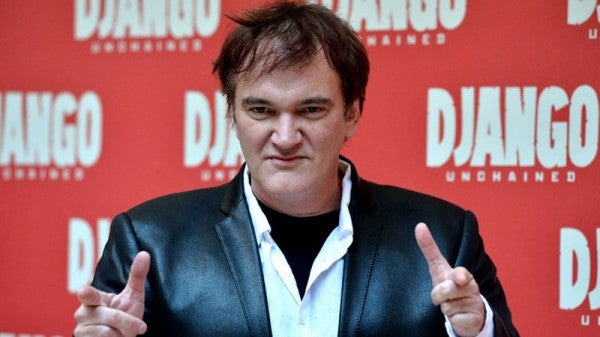 A file photo taken on January 4, 2013 shows US director Quentin Tarantino posing during the photocall of his movie “Django Unchained” in Rome. Alain Terzian, president of the Academie des Arts et Techniques du Cinema, announced on February 23, 2014 that American director Quentin Tarantino would be invited to the Cesars 2014 ceremony on February 28 to present American actress Scarlett Johansson with an Honorary Cesar award. AFP

PARIS – Quentin Tarantino is to attend France’s equivalent of the Oscars – its Cesar awards – in Paris on Friday along with actress Scarlett Johansson, organizers said.

The “Django Unchained” director will be giving an honorary Cesar to the “Don Jon” and “Her” actress, the awards president, Alain Terzian, told AFP late Sunday.

The French event will be held just two days before the US Oscars.

Neither Tarantino nor Johansson are in the running for an Academy Award statuette, though “Her”, a movie to which Johansson lends her sultry voice, is in the Oscar Best Picture race.

Tarantino won a Cesar for best foreign film back in 1995 for his hit “Pulp Fiction” and an honorary Cesar in 2011 for all of his work.

Johansson, who is engaged to a French journalist, will be recognized at the Cesars for a career in which she has already made 35 films.

However, she could be in for a mixed reception in the French media.

Last month, she went on US television to declare that Parisians lived up to their rude stereotype.

She also created a stir internationally by ditching her role as ambassador for British charity Oxfam in favor of continuing with an Israeli company, SodaSteam, which runs a factory on illegally occupied Palestinian territory.