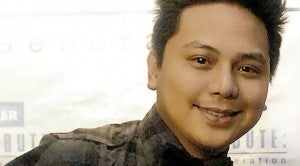 Eduardo Roy Jr.’s “Quick Change” won the Critic Jury’s Prize at the Vesoul International Film Festival of Asian Cinema held in France on Feb. 18.  Composed of Victor Lopez, Marie-Pauline Mollaret and Yanick Ruf, the jury commended the Filipino filmmaker for “presenting… the harsh life of a certain community. He succeeds in doing so by the violence of certain images.”

Roy told the Inquirer: “I’m happy and humbled that my second film won… It’s significant because it gives Filipino transgenders the chance to be heard. It gives them a voice. People will hopefully understand their unfamiliar world—which is beautiful and colorful, as attested to by this honor.”

“Quick Change” was an entry in last year’s Cinemalaya.

Another Filipino filmmaker Brillante Ma. Mendoza, who was the head of the international jury, was awarded Vesoul’s Golden Cyclo of Honor for his body of work. Bayani San Diego Jr.