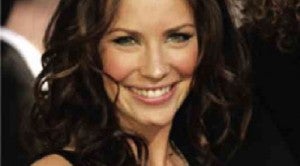 LILLY. Working on ‘The Hobbit’ was a collaborative, creative and rewarding experience. AP

LOS ANGELES—As we write this, Evangeline Lilly is reportedly in talks with Marvel Studios to play the female lead opposite Paul Rudd’s Scott Lang in “Ant-Man.” Speculation on the character that the “Lost” actress will play runs the whole gamut, from The Wasp, Spider-Woman, Mockingbird, Madame Masque to Lang’s girlfriend.

It’s a significant development for Evangeline who planned to retire after “Lost” ended and just enjoy motherhood. In 2011, she had just given birth to Kahekili, her son with partner Norman Kali, when the unexpected happened. Peter Jackson told Evangeline in a chance encounter at the 2005 Golden Globe Awards night that had he met her earlier, he would have cast her as an elf in his “The Lord of the Rings” trilogy. The Alberta, Canada native had always wanted to play an elf—and here was Peter, several years later, calling to ask if she could play Tauriel in his “The Hobbit” films.

We got to talk with the 34-year-old actress again, about her trip to the Philippines, as part of a missionary group. Excerpts from our interview:

You went to the Philippines many years ago on a missionary trip. How did it happen and what was your reaction when Supertyphoon “Haiyan” (“Yolanda”) devastated parts of the country?

When I was 18, I went to the Philippines for three weeks. I was on the island of Palawan and lived in the jungle with tribal people, which was incredible.

My greatest connection with the Philippines now is through my fans. I remember when I heard about the typhoon, I immediately went to my Facebook page and was searching madly for this one specific fan in the Philippines. Thankfully, she wrote back to  say, “Don’t worry, we’re OK.”

You planned to retire after “Lost.” What were you planning to do?

In my mind, I had retired, and I was retiring into a gentle, quiet little life of writing and motherhood. Then, I got the call (for “The Hobbit”). I cannot think of any other role that I could have been offered that would have pulled me out of bed at that moment. But, it was timely, and it was destiny, because I had such a positive experience on this film. I had a collaborative, creative and rewarding experience. It really turned me around.

It changed my mind about whether or not acting could be a rewarding and healthy job for me. So, now, I’m approaching the next few years differently. I’m looking for just the right roles. I’m not going to spend a lot of time chasing after stardom—that’s still not my cup of tea, but specifically, some choice roles in films that I’m excited about. I’ll spend the bulk of my time working on my writing career and being a mama.

Can you elaborate on what specific experiences made you change your mind about retiring?

One of them was the experience of working on “Real Steel.” Working with Hugh Jackman was one of the main motivating factors of taking that role.

What are you writing about?

I’m in negotiations with a publisher for my first children’s storybook called “The Squickerwonkers.” I did a limited edition release of that for Comic-Con in 2013, and I sold out a thousand copies of the book.

What does your son’s name mean?

Kahekili is Hawaiian, and it means The Thunder. He was born in the middle of a tropical thunderstorm. When he was born, the entire island lost power. So, my partner had to bring in his fishing light and clamp it to the midwife’s oxygen tank while she cleared his lungs. It was a very dramatic birth!

In what ways has Norman inspired you?

In a lot of ways. Norman is one of the most confident and humble human beings that I know. I’m an actress. So, I struggle with pride. He has taught me so much about what it means to put your ego aside and make choices that are about creating the best outcome and not necessarily just boosting your own ego.

My partner and I can honestly say that we’ve never had an argument. We’ve never fought. It’s all primarily because he is such a good communicator. He’s also a very dedicated and loving stay-at-home father who enables me to do what I do.

How did you end up being part of the ‘Hobbit’ family?

I never thought in a million years that there would be another opportunity for Peter to create elves on the screen. Then, cut to six years later, I’m laid up in bed with my first newborn. I get a call from Peter’s office saying, “He wants you to play an elf in his next installment of ‘The Hobbit.’

The one that I worked with the most was Orlando Bloom, the famous Legolas. I was very honored, because he was one of the fan favorites and one of mine, as well.

Can you talk about the pressure to get back in shape after giving birth, especially among actresses?

It’s sending the wrong message when people who are in the public eye spend all of that time and energy in those very crucial first few months of their child’s life essentially on their vanity. For me, that wasn’t the path. I’m a small woman who has a very high metabolism rate. I had a very big, fat hungry baby to feed. So, I needed all of my calories to go to that baby. I couldn’t afford to exercise. If I exercised, I probably would have lost my milk.

I was also working full time, which wasn’t in the original plan. Originally, my plan was to be at home with my child for the first year. So, when I got called out to the job  (“The Hobbit” role), and of course I wasn’t going to say no, it became a double commitment to not spend any time exercising in my free time, because my job was very physically demanding, and it was taking me away from my baby’s needs.

Do you plan to have second child?

Are you planning a soccer team?

Yeah, I do. In a perfect world, if all goes according to plan. I would like to have six children.