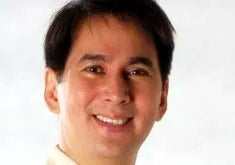 MANILA, Philippines — The family of Matt Ranillo III said Thursday that they haven’t talk to the actor after he was implicated in the pork barrel scam.

Actress Gloria Sevilla and brother Dandin said they haven’t talked to the actor.

Sevilla said she didn’t know anything about the pork barrel issue.

Ranillo was named by accused-turned-whiistleblower Ruby Tuason as having carried money for “Jose Jinggoy” Estrada.

Tuason: I was always five percent