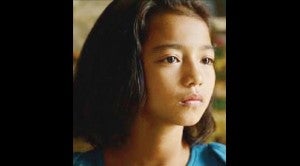 Joseph Israel Laban’s “Nuwebe” will compete at the 3rd Jozi Film Festival, to be held in Johannesburg, South Africa, from Feb. 21 to 23.

The Filipino film marks its South African premiere at the Jozi fest.

“Nuwebe” was shown at the Pune and Aurangabad fests in India, Goteborg fest in Sweden and the Black Movie fest in Switzerland last month.