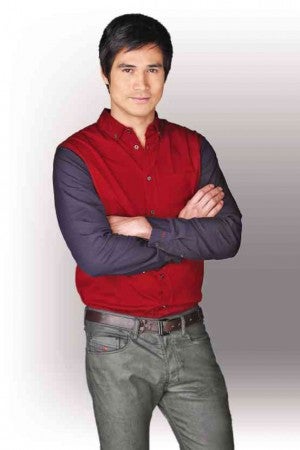 “WHAT we have is special,” he says. But he doesn’t want to rush her.

“I don’t want to preempt [love],” said actor Piolo Pascual of the reason he refused to discuss the real score between him and fellow Kapamilya artist Shaina Magdayao.

Piolo claimed Shaina was the girl “closest” to him at the moment. However, he added, “We have both decided to keep quiet about what’s really happening. Sa amin na lang muna ’yon.”

Shaina split up with John Lloyd Cruz in October 2011; Piolo and KC Concepcion ended their relationship a month later.

“Shaina and I click,” Piolo shared with reporters during a media gathering for his latest film, “Starting Over Again,” which premieres Feb. 12. “I’m happy when I’m with her. We have something special right now. We’ve been friends for many years. If there’s any girl I’m closest to right now, it’s Shaina.”

Piolo said their relationship “grew deeper” when they worked on Erik Matti’s action-thriller “On the Job,” released in 2013. “That was when we really had the chance to go out. We also got to spend a lot of time together when we went to Dubai recently for ‘ASAP,’” he said, adding that another project with Shaina was in the offing. “She’s young, but already very professional. She can still accomplish a lot of things as an artist; that’s why I don’t want to rush her.”

The 37-year-old also admitted that he was “attracted” to his “Starting Over Again” leading lady Toni Gonzaga when she transferred from GMA 7 to ABS-CBN in 2005, but did not act on it. “It was because Toni was just new in the business and making a name for herself. Juggling time for family, work and a romantic relationship would have been very difficult for her.”

Piolo added, “I’ve always admired Toni. As to whether I regretted not pursuing her, I don’t dwell on it anymore. I believe that everything happens for a reason. I guess this issue has resurfaced because we have a movie coming up. We all know that, for many years now, she’s been with Paul (Soriano, film director).”

After starring in OTJ, which tackled serious subjects like crime and corruption, Piolo said it was refreshing to do another romantic-comedy. He explained, “I didn’t think I could do another rom-com, but I fell in love with the script [of ‘Starting Over’] the first time I read it. The story is not superficial; in fact, it’s very realistic. That’s what immediately attracted me to it.”

He added, “That Olivia Lamasan is directing it made it irresistible. I have so much respect for her as a director.” Piolo first worked with Lamasan in the romantic drama “Milan” in 2004. “How this film will fare in the box office is no longer important to me. Making it was an experience I will never forget.”