Kjwan vocalist Marc Abaya croons the words to the song “Invitation”—“Rip and desecrate all that I hold dear / A secret fallen angel that I  revere / You’ll never be alone again / So inviting, so inviting”—as a whirlpool of slamming bodies rages right in front of him.

This year’s Red Horse Beer Pambansang Muziklaban is barely in its second hour, but already the hordes of revelers who trooped Saturday to the World Trade Center in Pasay City for the 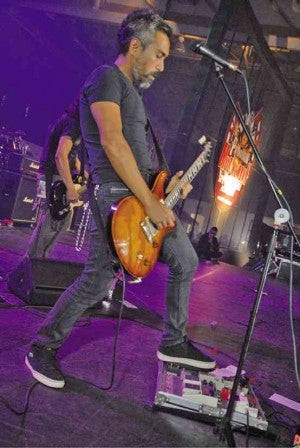 A bottle of beer in hand, Marc faces the backdrop and starts swaying, almost drunkenly, to the beat. The vocalist turns about, lifts the bottle and—before soldiering to his next song, “Pintura”—pours the liquid on his face and spews it into the air. The antic, needless to say, triggers a chorus of roars, and a flurry of pumping fists.

There are 10- to 15-minute “beer breaks” between sets to give the next band ample time to set up onstage. For everyone else, every break is a mere cue to flood their systems with alcohol—or make a beeline for the toilets to make room for more. The starving ones, on the other hand, grab a quick bite right where they are seated, on the floor made sticky by spilled beer and who knows what else.

Playing the guitar with a form of a sprinter about to explode out of the blocks, alternative rock artist Franco Reyes performs “Seasons,” his lips pressed against the mic, almost kissing it as he sings every word. His set, which includes the hits “Better Days” and “Touch Sky,” prompts a rowdy group of self-proclaimed rakistas to peel off their shirts and wave them above their heads like whips.

A hysterical teenaged girl slumped over the barricade shrieks, “I love you, Franco!” as she records his performance on her phone. Behind her, a wiry young man on his friend’s shoulders strikes a messianic pose, as though basking in the greatness of his idol onstage. Others grab and hoist whatever they can get their hands on—banners, caps, shirts. 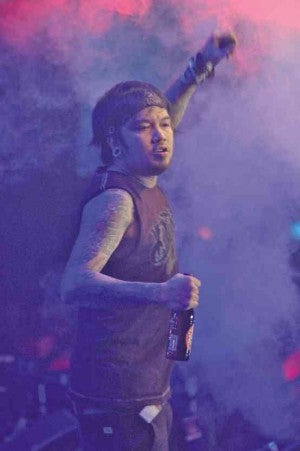 A 30-piece orchestra assembles onstage, then plays a lush passage that rises over the din. But just when a hush is about to fall over the feverish audience, hard rock band Razorback comes storming in with a rip-roaring performance of “Giyang.”

The group’s bed-headed frontman Kevin Roy performs “Diwata,” beating the microphone against his chest between steely growls. Joey “Pepe” Smith sustains the energy with a set of familiar numbers—“Balong Malalim,” “Titser’s Enemy No.1” and “Beep, Beep.”

A ferocious pounding of drums signals the arrival of the rap-metal group Slapshock onstage. Vocalist Jamir Garcia rouses some of the night’s most intense pogoing and moshing with a chain of growls he unleashes in “Ngayon.” “Agent Orange” gets a new flavor by way of an orchestral arrangement. Footage of the destruction caused by Supertyphoon “Yolanda” flashes on the screen as the band performs “Unshakable,” a tribute to Filipino resilience.

Other bands at Muziklaban are Saydie, Gracenote, Tanya Markova, The Oktaves and Greyhoundz. But as much as it is a showcase of some of the country’s best rock acts, this is also a platform for discovering new talents through its amateur band competition. The annual contest has so far crowned 12 champions—this last one being Manila Under Fire. 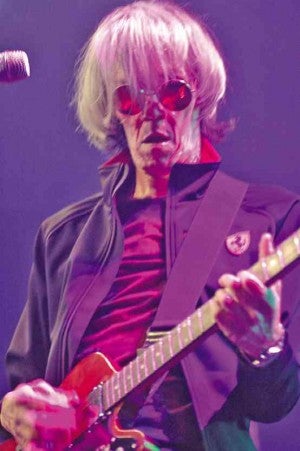 Manila Under Fire took home P500,000 in cash and contracts with MCA Music and Red Horse. But perhaps the biggest prize they received was the shot at performing on the same stage as local rock stalwarts. A Music Theory, the 2012 winner, likewise performed.