Back to the ‘City of Love’ with Jen, Mark 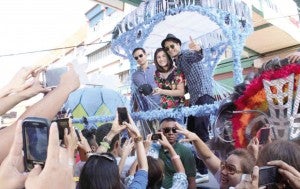 AT THE DINAGYANG (from left) TJ Trinidad, Camille Prats and Rafael Rosell

Since Iloilo has always been my second home, it was such a delight to join GMA 7 for their Dinagyang celebration in the “City of Love.” The revelry started on  Jan. 24 with a mall show in Robinson’s Iloilo, where the fans mobbed Dingdong Dantes and “Rhodora X” lead stars Jennylyn Mercado, Mark Herras and Yasmien Kurdi.

Ten years after winning the reality search, “StarStruck,” Jennylyn and Mark are reunited in this new drama series. I teased Mark and Jen: Since they were both single again, would they consider rekindling their romance? “The friendship we’ve built over the years is more important,” Jen said. Mark agreed, “Jen and I are solid. Better to keep things uncomplicated. When you work together with someone you are romantically involved with, clashes are inevitable and it can affect your  work.”

I also ribbed them about the “X” in the title possibly being changed to “EX” since they were ex-lovers reunited onscreen.

Yasmien is not bothered at all by rival shows. “Our show is edgy,” Yas pointed out “It’s not your usual drama. We focus on someone with a Dissociative Identity Disorder (DID).” 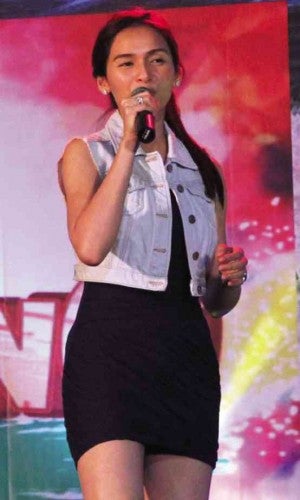 Aside from participating in the festivities, Dingdong had an important mission. “Because [Supertyphoon] ‘Yolanda’ did not spare northern Iloilo,” Dong said, “I have an outreach activity to help the schoolchildren. They are close to my heart, since I have Ilonggo roots.”

Dong is all agog for his coming series, which has the feel of “My Husband’s Lover.” I fondly call Dong “Leonardo” because he looks like Leonardo DiCaprio.

The extravaganza continued as “The Borrowed Wife” lead stars Camille Prats, Rafael Rosell and TJ Trinidad cruised major streets aboard a Kapuso float for the grand parade on Jan. 25.

Camille is not ready to take the plunge again. “[My boyfriend] John and I talk about marriage, but we are not rushing,” she explained. “I’m still asking for signs from my late husband Anthony, which he never fails to send my way. When I wanted to know if Anthony approved of John, he sent a white butterfly way past midnight.”

John, she explained, is based in the United States. “When the time comes for us to settle down, I can give up show biz and move to the US with my 6-year-old son Nathan.” 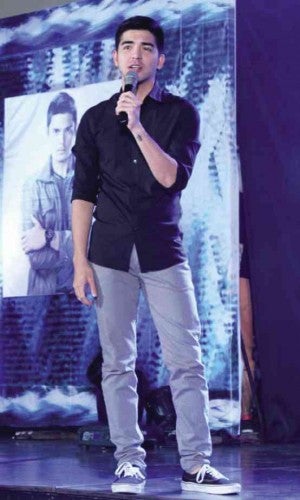 Portraying a wife in the series makes Camille vicariously experience a role she used to relish—the same role she’s raring to do all over again, for John.

TJ was the picture of an ideal family man. The daddy in him beamed as he showed us photos of his 3-week-old baby girl, Renata, and his 1-year-old son, Alonso.

“Every time I’m at work, I can’t wait to get home,” he said. “When I have enough savings, I’d like to slow down and spend more time with my family.” Aside from his Cinemalaya best supporting actor award, TJ should be named “Ulirang Ama at Asawa.”

Rafael has made a major lifestyle change: He has given up smoking and drinking. He is now a pescotarian. “After being heartbroken and doing crazy stuff, I decided to take better care of myself. Smoking and drinking are forms of suicide,” he declared. “I love life and natural highs.” Here’s to La Vie en Rose-ll! 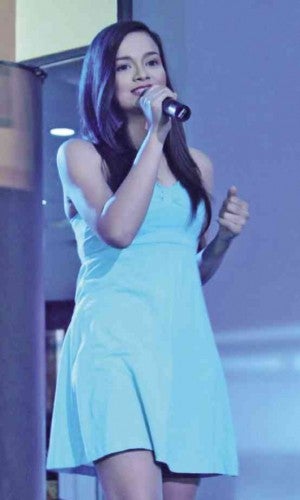 Capping the feast was a jam-packed mall show headlined by Rachelle Ann Go and Geoff Eigenmann. It was held at SM Iloilo on Jan. 26. Highlights of the network’s Dinagyang activities will be aired in “Let’s Fiesta” TV special on Feb. 9 via their regional stations.

When work was done, we partied the night away at the hip, happening place, Flow Superclub. The über cool joint partnered with Republiq for their sold-out FlowNation Party, which lasted until sunrise. No rest for the wicked! 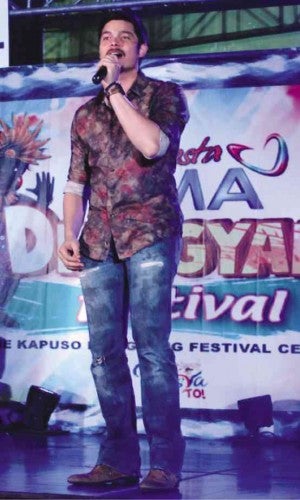 On a personal note, I enjoyed my stay in Amigo Terrace Hotel.  I was billeted there many love stories ago so it was quite a senti journey for me. It has been totally renovated with shops, restaurants, a beauty salon and a casino in the basement. I’ve checked into many hotels in Iloilo, but Amigo tops them all. The whole staff possesses the genuine warmth that Ilonggos are famous for.

Thank you, Iloilo, for always welcoming me back with open arms. Seeing old familiar places, I realized that, even if I said goodbye, I never really left. I will always have Iloilo to run to. Tuod na ya!

PERSONAL: Thanks a mil to GMA 7 “aces,” Jojo Aquio,  Carmela Torres, Oliver Amoroso and my cool colleague, Ver Paulino, for such a fun weekend. My endless thanks to La Filipina Uygongco Corp. and Susan Romero of Amigo Terrace Hotel for making me feel so welcome.

Read Next
Stars call attention to themselves in creative ways
EDITORS' PICK
Leveling up your ‘lutong bahay’ with the kitchen companion you never knew you needed
SM prepares for ‘safe malling’
Notice of 2020 regular meeting of stockholders June 18, 2020
LIST: What to expect in areas under GCQ, MGCQ
Drilon wants repeal of penal provisions in proposed Bayanihan extension law
DOTr bares 2 phases of public transport revival in GCQ areas
MOST READ
LIST: What to expect in areas under GCQ, MGCQ
Hong Kong loses US ‘special status’ — what next?
Duterte approves Metro Manila’s shift to GCQ starting June 1
Bocaue Mayor Joni Villanueva passes away, Sen. Villanueva confirms
Don't miss out on the latest news and information.