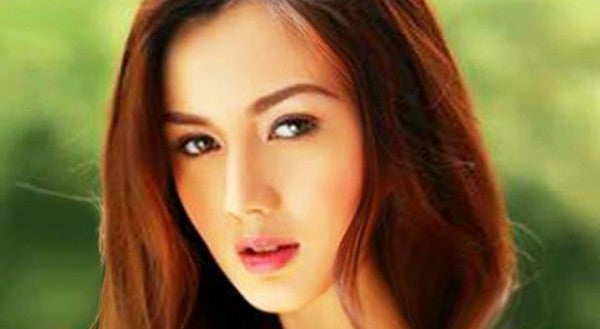 MANILA, Philippines—Through photo sharing website Instagram, Deniece Cornejo said she would be an “instrument” in encouraging women who are victims of domestic violence and rape to stay strong.

Although her statement drew negative and violent reactions from netizens, the model stood firm and posted another on Thursday, which said, “Sa larangan ng batas, walang sikat at maimpluwensiya. Tayo ay pantay pantay lamang. (Under the law, there is no powerful and influential. All of us are equal).”

Cornejo, who currently has 30,145 followers on Instagram, last uploaded a photo of herself on January 20.

On the night of January 22, Navarro was allegedly beaten up by Cornejo’s friends led by businessman Cedric Lee after purportedly raping her in a Forbeswood Heights condominium unit she leased at Bonifacio Global City, in Taguig.

Navarro, on the other hand, filed multiple complaints against Cornejo and seven others, including Lee, saying he was set up for blackmail, beaten up by Lee and his men, and forced to admit on video that he raped Cornejo.

Earlier Saturday, the self-proclaimed entrepreneur and motivational speaker posted anew on Instagram saying, “Under the eyes of the law: every person enjoys the presumption of innocence in the criminal case. An accused is presumed innocent until proven otherwise in a court of law, therefore he/she should not be pre-judged.”

But Cornejo’s posts might not be enough to quash the statements of Navarro and the findings of the National Bureau of Investigation discounting the possibility of rape based on the closed circuit television inside the BGC condo.

Netizens flooded her posts with hate comments and obscene remarks. One Instagram user named Shandirah said in a comment: “I’m not a fan of Vhong nor your hater because in the very first place I didn’t even know you exist. Not until you dragged yourself in such a controversial CRIME. I pity you for doing all these bad stuff. Making people believe you, when the truth is obviously already OUT! You’re just too dumb to think that you can mislead people. TOO BAD, that no one else believes you. We are all smart to know what’s the truth or not. May God bless you with GOOD SOUL.”

Another netizen, ningning1973, urged Cornejo to tell the truth.

She said: “Tatlong batas ang uusig sa ‘yo, Deniece. 1. Batas ng mga tao. 2. Batas ng Diyos. 3. Batas ng konsensiya. Hindi tugma sa mga sinasabi mo sa mga nakikita at ginawa mo. Umamin ka na. (Three laws will prosecute you, Deniece. 1. The law of humans. 2. The law of God. 3. The law of conscience. What you’ve been saying does not match what is being seen and what you do. Just admit your guilt.)”

Zanjoe Marudo made first move in 2011, says Cornejo in affidavit