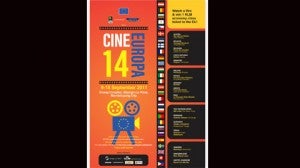 NO CUTS. The films shown during this year’s Cine Europa will, for the first, be shown without passing through the scissors of the Movie and Television Review and Classification Board.

Previous editions of Cine Europa had close brushes with the local review board. This year, followers of the annual festival, ongoing at the Shang Cineplex of the Shangri-La Plaza Mall until September 18, can watch European films without cuts.

Through a memorandum of agreement signed between organizers and the Movie and Television Review and Classification Board (MTRCB), the films featured in the 14th Cine Europa will follow the classification/rating system in the originating countries.

“For the first time, the films don’t have to go through the MTRCB,” said Lubomir Frebort, head of the political, press and information section of the European Union. Apart from the board, Frebort said, the fest organizers are also coordinating with the Film Development Council of the Philippines (FDCP) through its chairman, Briccio Santos.

“We hope to bring more European films to the Philippines and to send more Filipino films to Europe,” Frebort said, adding that he hopes “to expand the educational component of Cine Europa, which has attracted 200,000 viewers through the years.”

Santos told the Inquirer that the FDCP is mandated by law to pursue international linkages that can lead to “new opportunities to train our artists and technicians in Europe.”

The FDCP, Santos pointed out, is working closely with the Spanish and Italian embassies for their own festivals later this year.

“The European films to be screened are of great cultural value,” Santos said, “and this [collaboration] is in line with “the industry’s ultimate goal of self-regulation.”

In any case, there are no risqué films in this year’s lineup, said Martin Macalintal, audio-visual attaché of the French Embassy in Manila.

Moreover, most of the featured movies have traveled to international film festivals and won in many of them, said Macalintal.

Netherlands’ “The Silent Army” was part of the Un Certain Regard section of the Cannes fest in 2009. Romania’s “Exchange” won Special Jury at the Montpellier fest in 2008.

Bulgaria’s “Letter to America” competed at the Montreal fest. Greece’s “The Little Greek Godfather” vied for top honors at the New York City fest and the Moscow Festival for Children and the Youth.

Finland’s “Princess” won best actress at the Black Nights fest in Estonia and was screened in Goteborg, too. Czech Republic’s “Grapes” won best comedy at the Tiburon fest in Los Angeles.

Spain’s “Intacto” won, while “Mataharis” was nominated, in the Goya Awards, the Spanish Oscars.

France’s “An Ordinary Execution” was included in the Purbeck (in the United Kingdom) and Seattle fests. Germany’s “Young Goethe in Love,” the opening film on September 8, was shown in the Palm Springs and Seattle fests.

Cine Europa will move to Liceo de Cagayan University in Cagayan de Oro from September 23 to 25 and to Ayala Cebu Onstage from September 20 to October 2.—Bayani San Diego Jr.