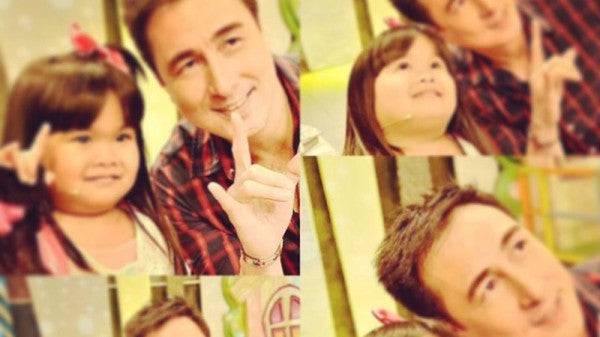 The 80’s is one of the most beloved and fondly remembered eras in popular music.

The vibrant colors, the big hairdos, the unmistakable fashion and wardrobe statements and, of course, the most important for me was the kind of music that proliferated through the radio airwaves.

Among the wide array of genres that represented the 80’s, it was New Wave music that dominated and captured the hearts and minds of people, especially here in the Philippines. Almost everyone was busy dancing to its groove and singing the songs that became permanent staples and were in constant rotation in that unforgettable decade!

This is where Gino Padilla comes in. He was one of the key figures during those years. In fact, even to this day, when we hear the songs he had originally sang and first popularized being performed by the current generation of local artists today, we are reminded of his work. The impact that his songs has made continue to remain with Filipinos, especially those who are still young at heart.

Gino Padilla is a reminder of an era bygone and the magic it held.

On the January 21 episode of “The Ryzza Mae Show”, Gino Padilla was the musical guest. Unbeknownst to Ryzza Mae, she was going to get a fast track-education on that decade from her guest.

But amazingly, when Gino Padilla was introduced and the unmistakable melody of the intro to “Closer, You and I” started playing, the moment Gino Padilla began singing, and reached the second line from the first verse “You were just part of a dream…”, Ryzza Mae suddenly “recognized” the song (without her perhaps even knowing its title) and uttered a quick “Uy!”. Upon hearing Ryzza Mae’s unguarded reaction, Gino looked to her direction. At that point, Ryzza Mae realized that her mic had been on and that Gino got a bit distracted with her “Uy!”. She quickly covered her mouth with both of her hands, a bit embarrassed. On the other hand, we could see that Gino was amused at Ryzza’s reaction but he was also very pleased to know that the strains of the song seemed familiar to her!

During the course of the interview, it was interesting to learn that Gino Padilla got his first “big break” after he had appeared alongside 80’s superstar Tina Turner in a PEPSI commercial in 1986. This ad gave him instant credibility and recognition. In many ways, this lucky stint of his kick-started his singing career.

Ryzza Mae asked what kind of songs were popular during the 80’s to which query Gino Padilla gave a perfect example of a song for that era, “Just Got Lucky” by Jo Boxers. Gino even showed Ryzza Mae the dance moves of the popular New Wave hit in the early 80’s. And together, they “moved to the groove” as Gino sang a portion of “Just Got Lucky.”

Then, Gino Padilla sang perhaps one of the most romantic local songs from the 80’s “I Believe In You.” He shared he had composed this, together with his friend Juan Miguel Salvador, for his then future wife. At the time, Gino said he was in Las Vegas and his girlfriend was in New York.  When they got back to Manila, he gave her the piece of paper on which he had put down the lyrics for “I Believe in You” and after reading them, she gave her wonderful ‘Yes.’

Overall, Gino Padilla’s guest appearance was an easy and entertaining segment.  He gave a mini-concert by singing portions of his best known hits like “Closer, You and I”, “Gusto Kita” and “I Believe In You”.

Gino Padilla still has that magic!