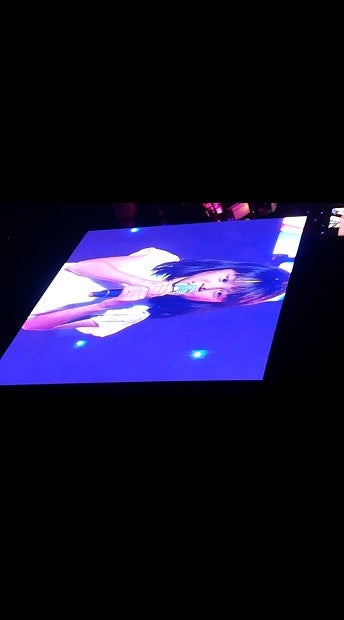 MANILA, Philippines—International singing superstar and theater icon Lea Salonga pulled a surprise during the repeat of her “Playlist” concert on Saturday night at the PICC Plenary Hall when she called her daughter, Nicole Beverly Chien, to join her on stage to sing.

Nicole, wearing white dress, was apparently shy when she appeared on stage and belted out “Yesterday’s Dream.”

Salonga was also on stage but she just watched her daughter sing. She was also the first to cheer when Nicole finally finished her number. 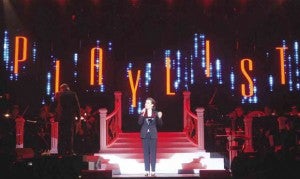 And when the audience egged her to sing another song, Nicole said: “I’m so shy.”

Salonga said her mother, Ligaya, was the most excited to see Nicole’s debut on stage.

Among those who appeared at Salonga’s repeat of her last month’s “Playlist” concert were Rachelle Anne Go and Mitoy Yonting, the first winner of “The Voice of the Philippines.”

Go is chosen to play the bar girl Gigi in the return run of “Miss Saigon” in London this year. Salonga played the original lead role of Vietnamese girl Kim.

The show did not end without another surprise but this time, it was Salonga, who was surprised when concert king Martin Nievera suddenly appeared from her behind while she was thanking the audience.

The two did a duet of “Afterall,” a David Foster-written hit originally recorded by Al Jarreau.

Salonga closed the show with a couple of songs like Gary Valenciano’s “Sana Maulit Muli,” and a medley of Abba hits like “Mama Mia,”  “Dancing Queen,” among others.

‘Playlist’ celebrates Salonga’s 35 years in show business. Backing her up is the ABS-CBN Philharmonic Orchestra under the baton of her brother, Gerard.

A ‘cool conversation’ with Lea