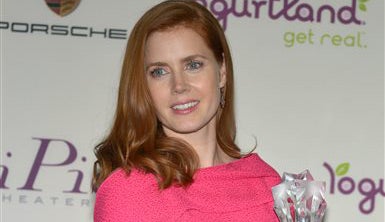 Amy Adams poses with the award for best actress in a comedy for “American Hustle” in the press room at the 19th annual Critics’ Choice Movie Awards at the Barker Hangar on Thursday, Jan. 16, 2014, in Santa Monica, Calif. (Photo by John Shearer/Invision/AP)