Will Cranston and Paul win their first Globes? | Inquirer Entertainment

Will Cranston and Paul win their first Globes? 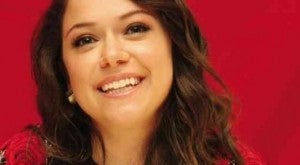 MASLANY. Nominated for her portrayal in “Orphan Black.” Photo by Ruben Nepales

LOS ANGELES—Will the final season of “Breaking Bad” give Bryan Cranston and Aaron Paul their first Golden Globe trophies? Bryan and Aaron, up for Best Actor in a TV Series-Drama and Best Supporting Actor, respectively, have not won since their series debuted in 2008.

Will Kerry Washington (“Scandal”) or Tatiana Maslany (“Orphan Black”) be a first time Globe winner on Sunday evening (Monday morning, Manila time)? The awards show recognizes excellence in television and film (we discussed the latter nominations in our Friday column).

Or, will Juliana Margulies (“The Good Wife”), Taylor Schilling (“Orange Is the New Black”) or Robin Wright (“House of Cards”), all equally good, romp away with the Best Actress in a TV Series-Drama?

These are some of the exciting questions that will be answered when the Golden Globes, hosted again by Tina Fey and Amy Poehler, are presented at the Beverly Hilton Hotel in Beverly Hills, California.

Back to Bryan, who portrayed the chemistry teacher-turned-meth kingpin Walter White, will his potential Globe win be thwarted by Michael Sheen (“Masters of Sex”), Kevin Spacey (“House of Cards”), James Spader (“The Blacklist”) or Liev Schreiber (“Ray Donovan”)?

In the case of Aaron, memorable as the meth-making drug dealer Jesse Pinkman, Rob Lowe (“Behind the Candelabra”) may stand in his way.

Potentially blocking “Breaking Bad’s” first win in the Best TV Series-Drama field is a list of formidable rivals: “Masters of Sex,” “House of Cards,” “The Good Wife” and “Downton Abbey.”

In the Best TV Series-Comedy or Musical category, will “Parks and Recreation” be another first-time winner?

Amy Poehler may also get her first Golden Globe trophy for her portrayal of Leslie Knope, a midlevel bureaucrat in Pawnee, Indiana, in “Parks.” The other Best Actress in a TV Series-Comedy or Musical contenders are Julia Louis-Dreyfus (“Veep”), Edie Falco (“Nurse Jackie”), Lena Dunham (“Girls”) and Zooey Deschanel (“New Girl”).

Michael J. Fox stands to win his fifth Golden Globe award for his delineation of an ex-TV news anchor who left his job because of Parkinson’s disease in “The Michael J. Fox Show.”

Online polls are betting on “Behind the Candelabra,” the acclaimed Liberace biopic, to win in the Best Miniseries or Film made for TV. Also in the running are “White Queen,” “American Horror Story: Coven,” “Dancing on the Edge” and “Top of the Lake.”

Will “White Queen’s” Rebecca Ferguson reign in the Best Actress in a Miniseries or Film made for TV race? Or, will it be Elisabeth Moss (“Top of the Lake”) or Helena Bonham Carter (“Burton and Taylor”)?

Michael Douglas and Matt Damon, as Liberace and Scott Thorson (the entertainer’s young lover), respectively, in “Behind the Candelabra,” will duke it out for the Best Actor in a Miniseries or Film made for TV crown. But, don’t rule out Chiwetel Ejiofor (“Dancing on the Edge”), Idris Elba (“Luther”) and Al Pacino (“Phil Spector”). They are just as outstanding.