Hobbyists behind vinyl resurgence in the country 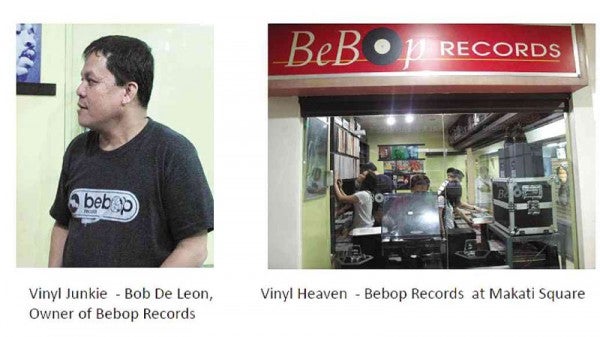 “To everything there is a season/ turn, turn, turn/ And a time to every purpose under heaven”— Pete Seeger

The Byrds’ “Turn, Turn, Turn” (1962) is perennially identified with the antiwar movement— oh, and  that poignant scene in “Forrest Gump” (1994) where the hippie Jenny Curran (Robin Wright) bids goodbye to the titular character (Tom Hanks).

The song found its way into the recent “Kapit Kamay: Musika sa Muling Pagbangon” event (2013), its “Solomonic” lyrics lending themselves to the insight that everything comes full circle. 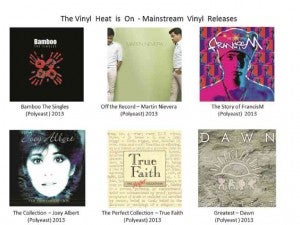 RECENT mainstream vinyl releases from Polyeast Records: “Bamboo: The Singles,” “Martin Nievera: Off the Record,” “The Story of FrancisM,” “Joey Albert: The Collection,” “True Faith: The Perfect Collection” and “The Dawn: Greatest.”

The plaka was the dominant recording format for several decades until the CD eased it out in the late ’80s. In case you haven’t noticed, it has been making a slow but steady comeback since 2003.

Meet some of the leading lights behind the vinyl resurgence in the country:

Francis Sogono put up Wired State in early 2003 to “create a virtual community for all who love music and audio.” The membership consists of “designers, engineers, musicians, hardware and software dealers, DIYers and common lovers of music.”  Yet another advocacy of Wired State “was to help promote Philippine-made and assembled amps and speakers.”

Currently, it has 6,000 members, of which 20 percent actively participate in discussions. “Analog discussions dominate the forums over digital, with a ratio of five to one,” observes Sogono. Classical violinist— and JE Labs founder—Joseph Esmilla notes, “Wired State is the only forum in the country that caters to the interest of LP lovers…Every November, we  gather for a weekend of listening and LP hunting at the Hi-Fi Show.”

The November Hi-Fi Show started in 2004 as an informal record-swapping event at the LPL Manor Building in Makati. That same year, Tonyboy de Leon, its chief architect, with fellow hobbyists Boy Bustamante, Robert Crespo, Arnold Cruz and  Esmilla decided to formalize the event. The next one was held at the Mandarin Oriental, which became its home until 2011. It moved to Dusit Thani in 2012. 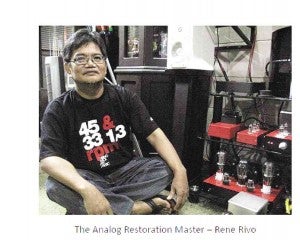 The event’s basic objectives remain: 1) to showcase DIY audio to help local builders and 2) to provide a venue for hobbyists to learn about the latest hardware and catch up on their software needs.

On its 10th year, De Leon remarks with pride that the Hi-Fi Show is the only event of its kind in Manila that can truly count on a loyal following. In fact, visitor size has grown through the years, thanks to critical support provided by audio-visual exhibitors, both local and foreign. The latest one featured 55 exhibitors and De Leon’s biggest coup yet, Michael Fremer (internationally renowned hobbyist and advocate) in Manila.

Long before the Hi-Fi Show, though, there was Rene Rivo, an engineer by profession, who has specialized in turntable restoration for the past 30 years. He started buying vinyl records in Bislig, Surigao del Sur, in high school. Asked how many turntables he has restored in three decades, he just smiles and says, “Countless.” He remembers his first successful restoration job—an ST-70 Dynaco.

Noly Dy of The Analog Source is a mix of De Leon and Rivo. Complementing his skill at restoring the famed Lenco turntable is his awareness campaign to educate the young about the wonders of the analog sound. He is possibly the only analog enthusiast who would go out of his way to demonstrate in schools how a turntable works. He says his sense of fulfillment comes from seeing young people awed by their first analog listening experience. A bonus is the “Wow!” moment for grownups marveling, “Meron pa pala n’yan.”

You may have the right hardware but, without the software to listen to, the analog experience is not complete. BeBop Records, owned  by Bob de Leon has been the go-to vinyl store for enthusiasts since 1999. He knew early on what he wanted his life to be about: vinyl collecting. To sustain it, he took to buying and selling vinyl. He started out as an avid buyer at Phoenix Records and A2Z, both in Quezon City. Much of his fulfillment flows from passing on his encyclopedic knowledge of vinyl to start-up hobbyists.

Bob’s remarkable longevity as the proverbial vinyl “pusher” is matched by the ingenuity of two up-and-coming advocates, Heima and Satchmi.

Heima, owned by Bong Rojales is not a vinyl store, strictly speaking. Established in 2009, it is a home and lifestyle company that “designs quirky furniture and furnishings.” Vinyl records and portable Crosley turntables are only two of the many items they sell.

Notes Rojales, “We have records and players because it fits the brand’s identity.” 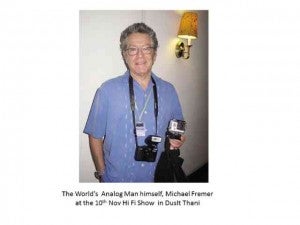 Satchmi, on the other hand, positions vinyls and turntables as a call to action.

Established in 2012 by three hobbyists—Edric Chua, Ronald Sy and Aislinn Chuahiock, all born in the ’80s—it aims to tear down the walls between vinyl cultists and the general public.

Nope, they are not out to pick a fight with audiophiles. Satchmi has its roots in Vancouver, where Chua lived after college. Walking in downtown Vancouver, he happened into an old vinyl record store, which gave him the inspiration for what he now calls the

To transport the experience to the Philippines, though,  his team struggled with the question, “How will we make it affordable?” The answer: the Motorino, a portable turntable which the curious, over 700 of them, so far, have purchased and taken home to give vinyl records a try.

Read Next
Looking forward to a better year
EDITORS' PICK
Don’t use military to threaten people, Robredo tells Duterte
Urban poor struggle to adapt as rising seas threaten to remap Metro Manila
Huawei’s relentless mission to bring ultimate health and wellness tracking for your fitness goals
Smart powers Liga Adarna Season 4: Race to the Top
Smart reaffirms 5G leadership as PH’s most reliable 5G mobile operator
PH logs 20,755 new COVID-19 cases; no deaths reported again due to glitch
MOST READ
Group rallies support for Robredo as she calls for a united opposition
Trillanes to give Robredo until last day of COC filing before finalizing presidential bid
Bong Go says he is not seeking presidency in 2022
It’s clear Marcos camp is afraid of Robredo after losing to her thrice — OVP spox
Don't miss out on the latest news and information.