Some quotable quotes of 2013 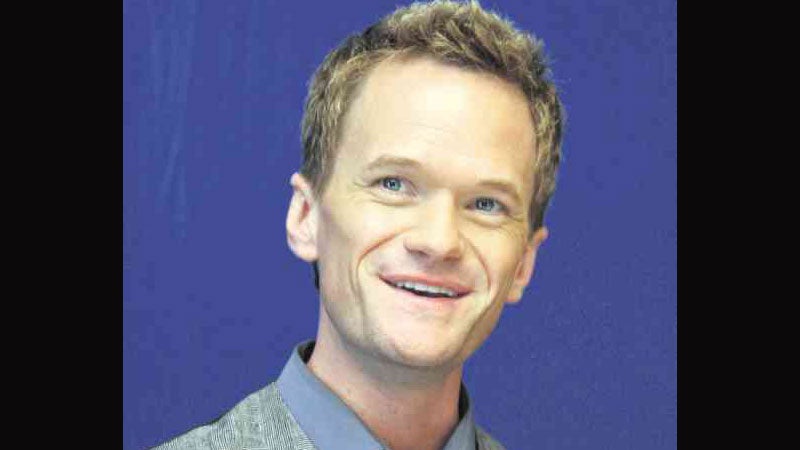 LOS ANGELES—We look back at 2013 with some quotable quotes from our interviews:

Amy Poehler, on what the high and low points of her first Golden Globes cohosting gig last year were (she and Tina Fey will be back as hosts on Jan. 12): “The moment of success was when I sat on George Clooney’s lap. And the moment of failure was when I had to get off. Yes, it was all summed up in that one moment.”

Oscar Isaac, one of 2013’s breakout stars with his Golden Globe-nominated performance in the Coens’ acclaimed “Inside Llewyn Davis,” on how his name shrank from Oscar Isaac Hernandez Estrada: “I just thought that on the marquee, that name seemed a bit too much. In Miami, the name Oscar Hernandez is like John Smith. I got stopped in the airport and taken to the back because of all the Oscar Hernandezes who were on that list. In Miami, you open the phone book and everybody is Oscar Hernandez.”

Scarlett Johansson, who is the voice of an OS that Joaquin Phoenix’s character falls in love with in Spike Jonze’s well-written and directed “Her,” on whether technology is helping humans connect more or disconnect: “It’s a complicated transition we make as a society as we become more dependent on our devices. I struggle with them, though I recently started to become more technologically savvy (she had just bought an iPhone).

“I’ve been pretty resistant of it. It’s strange to see at the restaurants families eating with the children on their phones and totally disconnected from what’s happening. But, at the same time, they’re talking to their friends and are completely involved with that. It’s such a weird dichotomy.”

Neil Patrick Harris on what he will keep from Barney Stinson, his character in “How I Met Your Mother”: “I’m probably more of an open flirt than I was before the show, thanks to Barney. I feel like everyone likes to be flirted with. Flirting is fun, because it doesn’t have to lead to anywhere.”

Jeremy Renner, who stars in David O. Russell’s brilliant “American Hustle,” about two con artists (played by Christian Bale—almost unrecognizable with a hilarious comb-over and many pounds heavier—and Amy Adams) who get swept up in a real-life FBI bust, on whether he has been conned: “It’s usually by women, yes. They con my heart. They take it every time, those damn women (laughs).”

David O. Russell, who got Robert De Niro for a cameo role in “American Hustle”: “I introduce him (Robert) to all the actors. He pulls me aside and goes, ‘Wait a minute—who’s that guy?’ ‘That’s Christian Bale.’ He said, ‘Wow, he looks really different.’ Christian was right—it was the highest compliment from Robert De Niro.”

Casey Affleck on working with Christian in Scott Cooper’s riveting “Out of the Furnace”: “Sometimes, I don’t like what I’m doing or I don’t like the movies I am in. But, working with Christian reminded me of what I love about acting and the movies, and why I wanted to be an actor. He’s an anchor; he grounds everything in reality; he makes interesting choices. He makes everybody better—and he’s different in every role!”

Martin Scorsese on lessons young generations can learn from the excesses depicted in “The Wolf of Wall Street”: “You wouldn’t think that way if your values are right. What about thinking of others? What’s important in life—to get a yacht? That’s it? To have five cars? To live in a big house in some gated community? That’s what values are? Then, it’s really like being a savage, in a sense, because you don’t care about others.”

Joaquin Phoenix, who doesn’t balk at giving replies to questions like “I don’t know how to answer that,” on honesty: “ My mom was really honest. She wouldn’t do a f–king interview in ‘I’m Still Here’ (his controversial documentary, directed by Casey Affleck) because we wanted her to lie about things. She refused to do it. She said, ‘I’m not going to lie.’ I said, ‘Mom, this is what I have done my whole life. It’s not really lying, like we are doing this…’ She refused to do it. That’s truly honest. Sometimes, I straight up lie. I make things up.”

Chris Cooper on working with Meryl Streep in 2002’s “Adaptation” (they are reunited in “August: Osage County”): “On the first week, I was terribly intimidated, but Meryl put me at ease. She brought out the best in me, which she does with every actor. I’ve got to say, people cannot realize what a talent she is, even if you see her work on the screen.

“To get the total deal, you have to be on the set when the camera’s rolling to see the variety of the same scene, take after take, that she brings to her work. She’ll do the comic side, the nasty side, the heavily drugged side, then she’ll do a combination of all that! So, of course, this is a delight for the director when it comes to editing. He has such choices!”

Richard Sherman, the other half of the legendary songwriting team (their classics include songs from “Mary Poppins” to “The Jungle Book”), on Walt Disney: “He pulled a book out from a shelf and handed it to us. He said, ‘Read this book, tell me what you think.’ It was called ‘Mary Poppins’ by P.L. Travers. We had never heard of it. He asked, ‘Do you know what a nanny is?’ We said, ‘Yeah, it’s a goat, a nanny goat.’ He wanted us to write a song about a nanny goat?’ He said, ‘No, English nursemaid.’ ‘Oh sure, yeah.’ That was the beginning of my life!’”