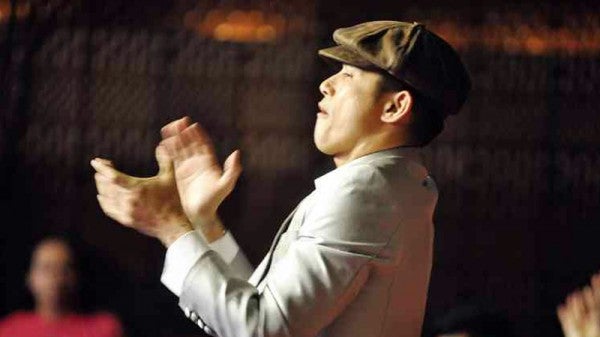 ROBIN Padilla applauds when “10,000 Hours” wins another technical award. (INQSnap this page, not just the logo, to view more photos.) 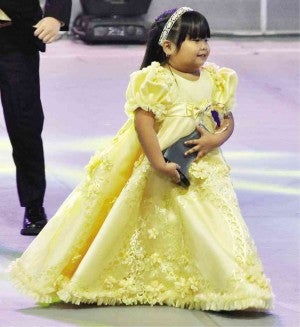 “Direk Joyce would have none of overacting. She ordered a lot of my scenes reshot,” recalled Robin Padilla, who bagged the Best Actor trophy for “10,000 Hours” during the 39th Metro Manila Film Festival awards show Friday night.

The 45-year-old actor said he owed his triumph to Joyce Bernal, who also won Best Director. Padilla also said he was hopeful that the 14 awards the film bagged would encourage more people to see it.

As of that evening, “10,000 Hours” was in the bottom four of the box-office race that featured seven other entries, according to records of the Metro Manila Development Authority (MMDA), festival organizer.

“I hope our standing improves in the remaining days,” Padilla said. (The festival ends Jan. 8). “Ako kasi ‘boundary’ na. I’ve done a good movie and won an award for it. I’m making this plea for the producers, who have become my friends.”

EUGENE Domingo loses the Best Actress trophy to Maricel Soriano, but is named Female Star of the Night.

Padilla’s wife, TV host Mariel Rodriguez, said she believed her husband would win, even as Padilla didn’t expect it. “He was sure that Vice Ganda would get the award, but I’ve seen the movie many times and know how hard he worked on it. He truly deserves that trophy,” she told the Inquirer shortly after the awards show held at the Meralco Theater in Pasig City. Comedian Vice Ganda is the lead star of the Wenn Deramas comedy “Girl, Boy, Bakla, Tomboy.”

Padilla occasionally paused during press interviews to check on his wife. “Are you OK there, babe?” he would ask. “Be careful with your hand bag.” 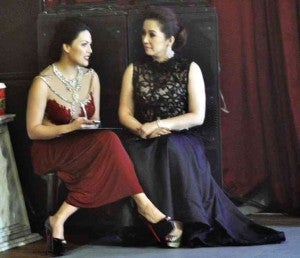 His mom, Eva Cariño, beamed, seated beside Padilla throughout the two-hour ceremony. She gamely posed for photos with her son’s supporters.

Aiza Seguerra, Best Supporting Actress winner for “My Little Bossings,” said her film’s box-office success had proven her right. “It took so much from Bossing (Vic Sotto) to move away from the ‘Enteng Kabisote’ franchise. I asked him to do this because, more than anything, I wanted people to see that he’s a really good actor, that he can do so much more than be Enteng every festival year,” she told the Inquirer. “The people behind [‘Bossings’] were right in saying that, with a good story and good direction, we would have a hit, kahit hindi ‘Enteng Kabisote.’”

Seguerra’s date on Friday night was girlfriend Liza Diño, who confessed to “feeling giddy” over the former’s win. In her thank-you speech, Seguerra told Diño, “From you, I learned so many new things about acting.” 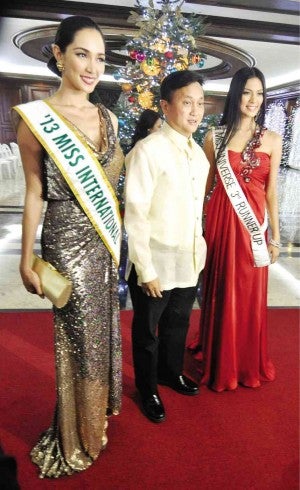 The popular tandem of Kathryn Bernardo and Daniel Padilla said the success of their own entry, “Pagpag: Siyam na Buhay” was their best Christmas gift. “We no longer aspire to be No. 1. Happy na kami kung anuman ang ibigay sa amin,” said Daniel, who seemed a little off that night.

During their production number, where they lipsynched  “Nasa Iyo Na Ang Lahat,” Daniel forgot to put the microphone close to his mouth. They both laughed about this boo-boo. 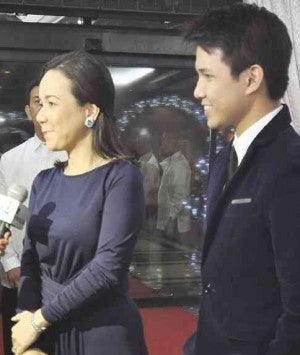 Sen. Grace Poe-Llamanzares, who presented the Fernando Poe Jr. Memorial Award for Film Excellence to “10,000 Hours,” said her late father would be pleased to know that this year’s apparent top earner was a film made for kids. “My Little Bossings” features two rambunctious child actors,  Ryzza Mae Dizon and Bimby Yap.

“My father was always excited during festival season because most of his films were meant for kids,” the senator recalled. Asked how she would assess her life in 2013, Llamanzares said, “It was stressful [but] I expect 2014 to be more challenging. Sana maibalik namin ang tiwala ng mga tao sa gobyerno.” Her son, Brian, was her escort.

Actress Carla Humphreys was with boyfriend Medi, a French musician currently in the Philippines for a month-long vacation. Humphreys met the artist on a trip to Nice while working on “10,000 Hours” in Europe.

MMDA Chair Francis Tolentino walked the red carpet with two beauty queens—2013 Miss International Bea Rose Santiago and 2013 Miss Universe third runnerup Ariella Arida. When the Inquirer asked whether or not he was ready to face protests after the show, Tolentino quipped, “We’re looking for the fire exit right now.”