Ben Stiller dreams of a shift with ‘Mitty’ 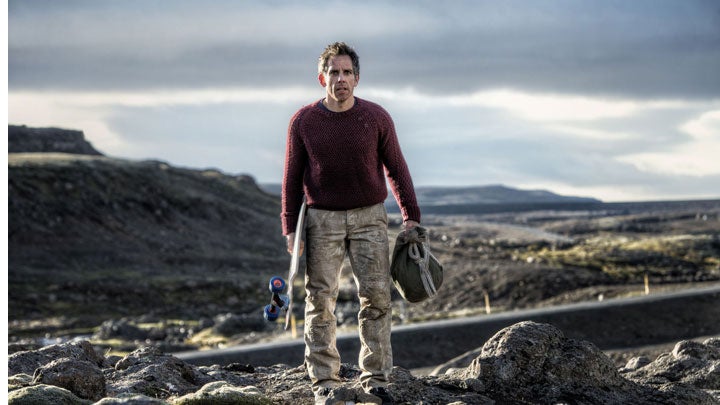 This film image released by 20th Century Fox shows Ben Stiller in “The Secret Life of Walter Mitty.” This is Stiller’s fifth time directing, but it’s his boldest move toward establishing his career behind the camera. AP FILE PHOTO

“The Secret Life of Walter Mitty,” starring and directed by Stiller, is adapted from James Thurber’s classic short story that first appeared in The New Yorker in 1939. Since then, Walter Mitty (a mild-mannered man who enlivens a mundane day with a series of fantasies) has been synonymous with daydreaming and flights of imagination.

Stiller, too, hopes for something a little different for his life: He wants to direct more movies and make films outside of the comedies he’s best known for.

“The Secret Life of Walter Mitty,” a kind of remake of the 1947 Danny Kaye version, is a big-budget, big-scale shift for the 48-year-old Stiller. It’s his fifth time directing a movie (from “Reality Bites” to “Tropic Thunder”), but his first time helming a film that, while funny, isn’t quite a comedy.

Having just wrapped shooting on another film with “Greenberg” director Noah Baumbach in Brooklyn, Stiller recently met with a reporter in New York to discuss his new trajectory.

AP: With “The Secret Life of Walter Mitty” opening on a crowded Christmas for moviegoing, do you feel particular pressure?

Stiller: (Laughs.) Honestly, I think I feel the same thing that I feel every time a movie comes out — which is: It’s a lot of pressure and, at same time, it’s really, totally out of my hands.

AP: Are you comfortable at this point directing and acting at the same time?

Stiller: I don’t think you ever get totally comfortable with it. You get into a rhythm with it. But I always feel like every time you start up, it’s always figuring it out. There’s always that frustration that’s going on where you’re like: I just wish I could be behind the camera also.

AP: That must be especially difficult when you’re, as Mitty, floating in the middle of the North Atlantic Ocean.

Stiller: There was this moment where they dropped me in the water and the boat went away to get a POV shot coming back at me, and I was just totally alone in the water. It was that thing: Wow, this has gone beyond making a movie now. This is just me, the ocean.

AP: Were you aiming to be a director as early as “The Ben Stiller Show”? Many credit the 1992-93 sketch series as hugely influential to comedy since.

Stiller: It was always what excited me the most. We’d have a sketch that was a parody of a Scorsese movie or something like that, or something that all of sudden became its own little movie. I remember one sketch we did that was a restaurant where they were serving human beings. It was like a ‘Soylent Green’ sort of thing. We had been canceled and we knew we were canceled, and we were shooting our last episode. It was this 11-page sketch that was a little sort of horror movie. I remember having one of the best experiences on the show doing that one. It was like making a little movie.

AP: Do you ever wish you limited yourself more to directing?

Stiller: It’s not something I think about in terms of: ‘Oh, if I had just not been an actor, people would think of me as a director, or take me more seriously, or something like that. I’ve always enjoyed directing, and that’s always been something that I’ve known in my head that that’s where I see myself ending up, anyway.

AP: Even when you haven’t directed, you’ve surrounded yourself with ensembles and been a strong voice in shaping the films.

Stiller: What I learned early on when I started being the main character in movies, I realized that there’s a responsibility with that in terms of what the audience is going to see. An audience doesn’t delineate who produced that, or who directed that. They’re like, ‘Oh, I’m going to go see Ben in a movie.’ There’s a responsibility that I felt I had, to varying levels of success (laughs) in that process — unless I was going into a world of a director, someone like Noah, where I felt, ‘This guy had such a specific sensibility.’ … I feel like I learned from those experiences. I have a different approach going into movies now.

Stiller: Sometimes I went against the grain more. Now, I wouldn’t. At a certain point, you can push and push, and you don’t get the result that you want and it doesn’t help the person that’s trying to make the movie. That, for me, has been the learning experience over the years.

AP: You’ve long aimed to make a movie of George Saunders’ “CivilWarLand in Bad Decline.” What are you interested in doing now?