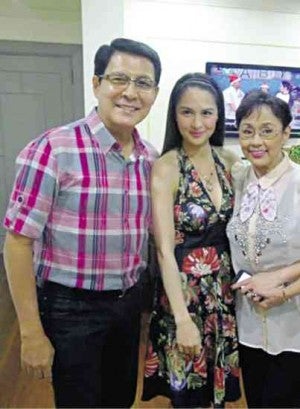 I’ve seen Ate Vi (Vilma Santos) in action during her film shoots as the Star for All Seasons. But it was my first time to see her do what she does best as governor of Batangas last Saturday, at the grand finals of “Voices, Songs and Rhythms (VSR) Year 3.” Held at the Batangas City Sports Coliseum, VSR was the culminating event of the Ala Eh Festival. (VSR also stands for Vilma Santos-Recto.)

It coincided with the 432nd Foundation Day of “Balisong Country.” Gov Vi is totally hands-on with her constituents, tending to them with a motherly touch. You could feel the Batangueños’ love for her seeping through the jam-packed coliseum.

As a member of the board of judges of VSR, I was definitely in good company. Other judges were Marian Rivera, Jed Madela, Tirso Cruz III, Jessa Zaragoza, Yayo Aguila, Elmo Magalona and Radha, among others. Jose Mari Chan was panel chair.

Amy Perez, Roderick Paulate, Maja Salvador and Gabby Concepcion cohosted. All the contestants in the junior and main divisions performed like pros.

It was quite tough to pick the top three winners of each division. The annual singing competition is Gov Vi’s way of encouraging her townsfolk to reach for the stars by pursuing their passion. Aside from kapeng barako and beef tapa, other treasures of Batangas are the gifted artists who gave their all that night.

It was such a delight to bond with my biz colleagues over dinner. Jose Mari told me about his new Yuletide album, “Come Home to Christmas,” which contains original songs centered on family and tradition. He burst into song and regaled me with excerpts!

Gabby showed me pics of his one-year-old, Savannah. I teased him about having five daughters, his pambayad utang to all the girls he left with a broken heart. He chuckled and said that it was the girls who owed him.

Gabs also told me that he’s hands-off in daughter KC’s lovelife. “She just tells me who she’s dating,” he said, “and she runs to me when she gets hurt.”

Jed’s rendition of “Go the Distance” during the show left all of us in awe. I was surprised to discover that Jed doesn’t vocalize before a show.

“Every singer has his/her own quirks,” Jed said. “I would rather talk and talk to stretch my voice.” 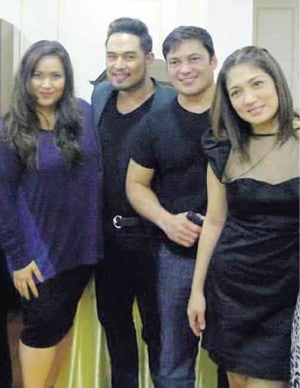 Elmo was painfully shy. He said he still had to get used to the beso-beso, chika-chika side of the biz.

Also present were Sen. Ralph Recto and their son Ryan Christian, who gave full support to their “Queen” Vi. She and Ralph are celebrating their 21st wedding anniversary today (Wednesday). They look as if they’re still in their honeymoon stage!

Bravo, Ate Vi, for proving that amid all the political chaos that some actors are embroiled in, show-biz folks can do wonders in public service. You truly are the industry’s saving grace!

PERSONAL: Thanks a mil to Ate Vi’s angels, Dong Flores, Ronnel Bagon and Becca Gunay for their TLC.