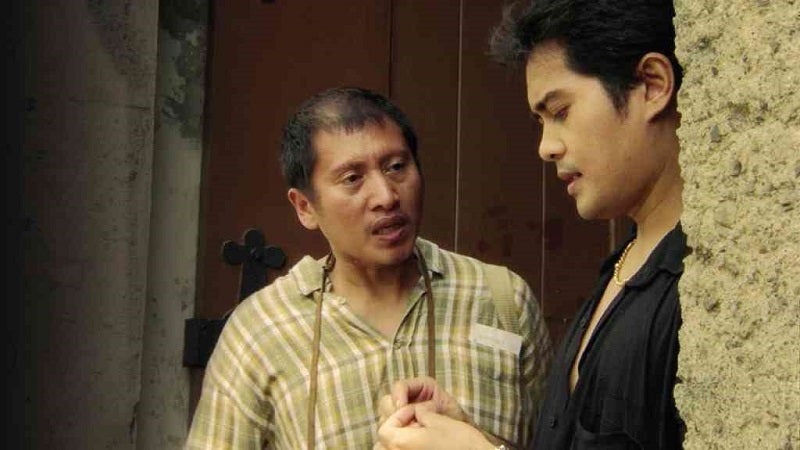 Thirteen years after winning the Palme d’Or for best short at the Cannes International Film Festival, Raymond Red’s “Anino” marks a much-anticipated return to the big screen this year.

A digitally remastered version of Red’s acclaimed short will be screened in the first Inquirer Indie Bravo! Film Festival on Tuesday, 7 to 9 p.m., at the MyCinema in Greenbelt 3, Makati.

The film, which was unveiled at the recently concluded Cinema One film fest, will be shown along with other shorts by internationally acclaimed filmmakers Lav Diaz, Brillante Ma. Mendoza and Sheron Dayoc.

The “Anino” revival was made possible through the efforts of Red himself.

“I’ve been a filmmaker for 30 years now,” he told the Philippine Daily Inquirer. “Time flew so fast. At this point in my career, I need to be concerned about preserving and restoring my own films.”

His goal was simple, he explained. “I only want to ensure that I’ll be able to share my films with future generations of viewers.”

Red applied for grants (from the National Commission for Culture and the Arts and the Film Development Council of the Philippines) to restore and digitally remaster his 1980s films which were on Super-8mm format.

Red was involved in every step of its restoration process. “First, the original 35mm negatives were inspected, rewashed and cleaned at SQ Laboratories,” he recalled.

Then, a new postproduction house, Welovepost, took over. “Three people worked on it at different stages: film scanning, digital retouching and cleanup, and digital reassembly or re-editing.” Welovepost and Hit Productions sponsored the remastering.

Since it was just a 12-minute film, “the process only took a week.”

He remarked: “It is certainly reassuring that the technology for restoration and preservation has arrived and is now available locally.”

The issue of “cost,” however, still needed to be addressed and balanced with the urgency of restoration, he said.

He wanted to share “Anino” with today’s youth because “it represents a time when the so-called digital revolution was starting.”

“This film was a reminder that the story and the message are essential … not the medium, whether it’s film or digital,” he asserted.

He noted that “Anino” was among the first independent films that got the “trust and respect of established actors” like Ronnie Lazaro, John Arcilla and screen legend Eddie Garcia. “They supported the endeavor by acting in the film gratis.”

Although winning at Cannes was a thrill, he also pointed out that “Anino” bore the distinction of being screened at the local fest Pelikula at Lipunan in 2000. “It was screened in many festivals locally and abroad after Cannes.”

And now “Anino” will be part of the first Inquirer Indie Bravo! fest.

“I’ve always considered that the greatest reward for ‘Anino’ was for it to reach a wider, more diverse set of viewers,” he said. “It’s important for filmmakers that their main goal should be to reach their audience, and the most important audience of films rooted in Philipine realities are the Filipinos themselves.”

He clarified: “By preserving and restoring their films, they are assured that their stories will continue to reach the next generations of Filipino viewers.”