‘The making of Mandela’ on Discovery Channel 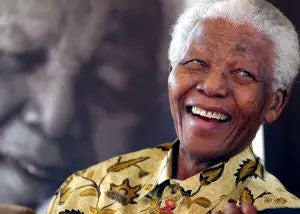 MANILA, Philippines – The world mourns the loss of one of the greatest inspirations of time. In THE MAKING OF MANDELA, the remarkable life of legendary leader Nelson Mandela is remembered.

A moving, intimate portrait told through the words of an astonishing cast of close friends, comrades and associates such as former South African President Frederik Willem de Klerk, THE MAKING OF MANDELA is an original documentary that tells the story of a man who dedicated his life to his people and dismantling South Africa’s apartheid system.

Narrated by British actor David Harewood, the interviews are supplemented by Mandela’s own recordings for his book, A Long Walk to Freedom. THE MAKING OF MANDELA pieces together Mandela’s incredible trajectory; an impassioned freedom fighter who overcame intense persecution to become leader of his own nation and a global symbol of hope and peace to the world.