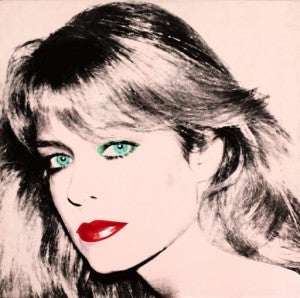 This photo released by courtesy of the Blanton Museum of Art shows Andy Warhol’s painting of “Farrah Fawcett,” 1980. AP

LOS ANGELES — An appraiser says an Andy Warhol portrait of Farrah Fawcett currently held by actor Ryan O’Neal is worth an estimated $12 million.

New York art appraiser Lee Drexler told a jury being asked to consider who owns the artwork that the piece is an extraordinary piece of Warhol’s art.

O’Neal is being sued by the University of Texas at Austin, which wants the actor to turn over the painting because Fawcett left the school all her artwork upon her death in 2009. O’Neal contends the portrait was a gift to him from Warhol.

Drexler’s opinion could be used if a jury opts to award the university damages from O’Neal.

The university rested its case after Drexler’s testimony Friday.