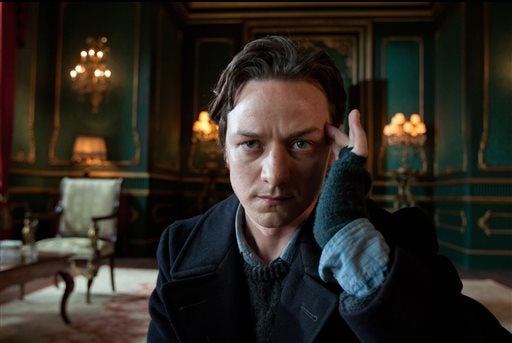 In this film publicity image provided by 20th Century Fox, James McAvoy portrays Charles Xavier in a scene from “X-Men: First Class.” The “X-Men” franchise will get another boost in 2016 with the release of “X-Men: Apocalypse.” (AP Photo/20th Century Fox, Murray Close)

LOS ANGELES — The “X-Men” franchise will get another boost in 2016 with the release of “X-Men: Apocalypse.”

Director and producer Bryan Singer hinted at the next installment via Twitter on Thursday when he wrote, “#Xmen #Apocalypse 2016!”

Apocalypse is a major villain from the “X-Men” comics who appeared in the 1980s.

Singer has worked on all the Marvel mutant-focused films since the first “X-Men” was released in 2000.

He’s also directing the next movie in the franchise, “X-Men: Days of Future Past.”