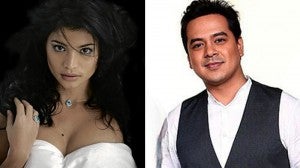 Popular TV host, product endorser and actress Anne Curtis admitted on Sunday that she wasn’t in the “right state of mind” when she slapped and berated fellow ABS-CBN artist John Lloyd Cruz at a bar in The Fort, Taguig City, last week.

Sounds more like a meltdown, to her critics. Online reports say Curtis also slapped a magazine editor and screamed at TV host-model Phoemela Baranda at the posh Privé Luxury Club on Nov. 23.

It was not clear what prompted Curtis’ outburst but, addressing the issue via the micro-blogging site Twitter last weekend, she admitted she had had “one too many drinks.”

Which should probably make the makers of an alcoholic product that she endorses happy. But they can’t claim all the credit.

In her “tweet,” Curtis said she had been “on the super popular juice cleanse for three days and attended my best friend’s bachelorette [party] that night.”

“Juice” on top of juice. That might explain why she was cranky.

The reports talk about an enraged Curtis emerging from the bar’s toilet, demanding, “Who’s banging [on] my door?”

Baranda has not commented on eyewitness accounts that Curtis told her, “’I can buy you, your friends and this club!’”

Meaning, cheeky observers have commented on Facebook, that the toilet door wasn’t hers at that point, so the banging couldn’t have been the reason.

Curtis’ Twitter post put part of the blame on an unnamed person’s “inappropriate behavior,” but she shared an insight with her reported 5 million followers: “That’s why they say, ‘Drink in moderation’… I will charge it to experience … A lesson learned.”

She decided to explain, she said, because she owed fans “my honesty.” She added: “I’ve always been an open book and I don’t like to hide anything.”

But that was eight days after the incident.

In any case, she thus confirmed the slapping incident and said she had apologized “to all parties included.” She also said the person who triggered her anger had apologized and that she accepted the apology.

She wouldn’t identify the person, though, “because I’m not the type to ruin someone else’s name.”

Curtis apologized to her fans, whom she felt she had let down.

“As you all see, I’m just like any other person that makes mistakes in life,” said the big stakes endorser, certainly one of the most identifiable faces on billboards across the country.

The Inquirer sought Baranda by phone for a reaction, but she did not pick it up.

Actor Sam Milby, Curtis’ ex-boyfriend, on Monday defended the actress, saying: “A lot of people are quick to judge. People have to remember that [show-biz personalities] are only human. We also commit mistakes.”

The actor, who is currently promoting a coming movie, said he was shocked to learn of the incident. He refused to elaborate, apart from saying: “You know how show biz is. You say one thing and it gets blown out of proportion. It’s better [for me to stay out of it]. I wasn’t there, anyway.”

He also said he admired the actress for owning up. “This is something that will soon pass,” he said, “with all the support she is getting from her friends and followers.”