‘Life of Pi’ back in town with Ang Lee 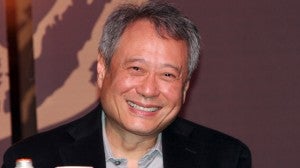 An invitational screening today of Ang Lee’s triumphant “Life of Pi” will place Filipino admirers within gawking distance of the Oscar-winning director, whom the late eminent US film critic Roger Ebert described as “one of the wisest and kindest men I’ve met.”

“Life of Pi” is about a shipwrecked boy who spends 227 days on a lifeboat with a Bengal tiger. Based on Yann Martel’s novel, the movie was deemed “unfilmable” and, in fact, took Lee over four years to make. Before its US release in November 2012, Lee was asked if he was happy he had done it. “It’s more of relief,” he said.

Let alone the accolades it has won, “Life of Pi,” for close followers of the director’s eventful career, illustrates his famous commitment to the task at hand, and his spiritual bent.

Novice Indian actor Suraj Sharma, 17 at the time he played the lead role, said of his “director, mentor and guru” in an interview: “I can’t explain what it’s like to work with Ang. He does something to you.”

Lee unabashedly returned the affection. He might have been a father figure to Sharma, the director said, “But we took this journey together… and he inspired me with his innocence.”

More than once, Lee has told the story of the last shooting day, how he didn’t give Sharma a ladder from a two-story perch (they had just filmed the “glowing fruits” scene) so the boy couldn’t come down. The crew gathered on the ground, looking up, and proceeded to tell Sharma how much they loved and appreciated him. “He broke down,” Lee related. But in videos of that day uploaded on YouTube, it is Lee who is shown shedding tears.

“A Salute to Ang Lee,” a two-part tribute today and tomorrow at SM Aura in Bonifacio Global City, is the first event of its kind to be hosted by the Taipei Economic and Cultural Office (Teco) in the Philippines, said Republic of China (Taiwan) Ambassador Raymond LS Wang. “Ang Lee, who grew up in Taiwan, is the most successful Asian filmmaker to date, with 12 Oscar awards and nine Golden Globes, which have secured his position among the greatest directors of our era,” Wang said.

And “Life of Pi,” much of which was shot in Taiwan, was “like coming full circle” for Lee: “Taiwan is like my floating island. I’ve been adrift, floating like Pi, all my life.”

The invitational screening at 4 p.m. will be followed by an open forum with Filipino filmmakers Tikoy Aguiluz, Brillante Ma. Mendoza and Erik Matti. Teco will host a formal buffet dinner for their guest of honor tomorrow.