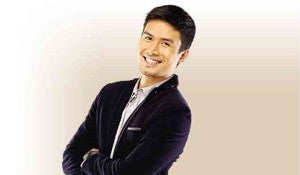 As Philippine representative in a music festival in Japan this week, singer-actor Christian Bautista hopes to appeal for more relief aid for victims of Supertyphoon “Yolanda.”

The “Asean-Japan Music Festival: Music for Healing after the Earthquake” commemorates Japan’s friendly relations with members of the Association of Southeast Asian Nations, with music as a tool to inspire hope among victims of the 2011 Tohoku earthquake and tsunami.

Christian said he accepted the Japanese Embassy’s invitation two months ago, with the sole intention of sharing his music. But with the recent spate of natural disasters in the country, the singer said he had a new purpose.

“Asean member-countries will all be represented, and I want them to know the situation in our country. Hopefully I can do more than just sing; I’ll urge them to continue helping us,” Christian told the Inquirer.

“Helping shouldn’t stop at handing out packs of goods,” said Christian. “It should be about rebuilding homes and livelihoods.” But he added that he was grateful for the outpouring of support that the Philippines has been receiving.

In light of recent reports about widespread looting and chaos in hard-hit areas, particularly Tacloban in Leyte, the 32-year-old balladeer said he was also looking forward to learning how the Japanese people maintained order in the aftermath of the 2011 catastrophe.

“I really hope to learn from their experience,” Christian said. “I’m not in a position to judge those who have resorted to looting. Everyone is suffering; we can just hope people will not start hurting one another.”

Aside from his participation in the music festival, Christian has been actively promoting various relief operations in social media. He coursed his own donations through groups that he trusts, such as World Vision, Habitat for Humanity and Operation Blessing. “There are many isolated areas that we have not reached,” he said. “Let us all continue to do our part.”

Christian, who recently released a new album package that includes “Romance Revisited” and “First Class” (Universal Records), will perform two songs in the event: One is his hit single “Invincible.” The song is about heartbreak, he said, “But the words also seem to describe our people’s struggles. So I’m dedicating it to our countrymen.”

He recited a portion of the lyrics: “I was damaged by the fall/ Got the wind knocked out of me/ To be standing here at all/ I must be invincible.”