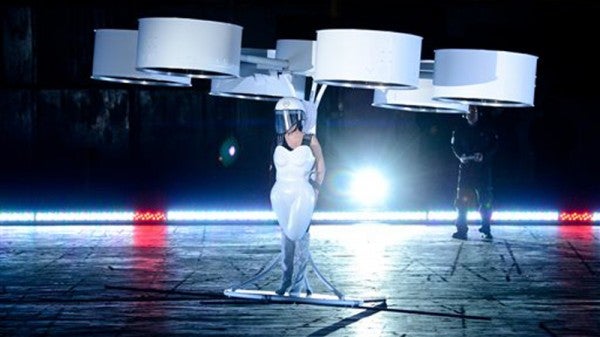 NEW YORK – Lady Gaga’s album sales are already stratospheric, so why not her evening wear?

The contraption lifted her inside a mammoth building in New York City, where she held a launch party for her new album Sunday.

The 27-year-old New York entertainer said this was “maybe a small step for Volantis” — as she calls the battery-powered metal dress — but “a big-time step” for Lady Gaga.

She says her ultimate goal is to stage the first musical performance from space.

Her third studio album, “Artpop,” will be released worldwide Monday.