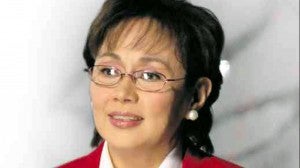 Don’t look now, but the “eternally youthful” Vilma Santos, truly “The Star for All Seasons (and Reasons),” has just turned 60! The fact that she looks a full decade younger is of great comfort to everybody’s Ate Vi, but even more psychically rewarding must be her grateful realization that, at an age when some “seniors” think of retirement, her life as a mature person has practically just begun!

Not only is Vilma still a bankable film star, but her political career is also slated to go (much) higher than her current stint as governor of Batangas province.

Conservative “speculators” believe that she could next be running for a Senate seat, but more confident backers think that the “VP” race is a bigger and better prospect. Vilma for VP? —Hmm, that has a nice ring to it!

Even as we await Vilma’s next political moves, however, we can also productively speculate about her other options, now that she’s officially become a “sexygenarian:”

Very definitely, she should come out with a new film next year. But, please, it shouldn’t be just a horror film or “for-the-fans” comedic romp, but a dramatic or satirical starrer that is so good that it will end up among Vilma’s “career best.”

Next, Vilma should challenge herself further by acting onstage. She owes it to herself to savor  the  discipline and depth of characterization that only the theater can provide and require—as well as the all-important give-and-take with a live audience that TV-film actors don’t get to experience.

We want Vilma and other gifted TV-film performers to savor this unique learning experience, because it can be an artistic eye-opener—and can motivate them to reevaluate their entire approach to acting!

What role should Vilma choose for her first, big stage portrayal? There are any number of great and challenging roles available that she can do in translation—or, even better, a role can especially be written for her that will bring out the best in her range of thespic skills.

Due to the fact that Vilma can be made up and styled to look a lot like the late, great Cory Aquino, our earnest suggestion is that she should star in a play about Tita Cory. We assure her that Cory’s character and daunting range of experiences and challenges will result in a great performance!

If Vilma doesn’t have the time to do an extended theater run, she can do a limited series of performances, and then the production could be recorded, so its impact, like her film roles, will last “forever.”

Not only will Vilma open a new chapter in her performing life, but she would do a great service to popularize Filipino theater, which is in such great need of support and encouragement these days, due to the “deathless” colonial mentality that has made some of us believe that “imported” is inherently better than “local!”