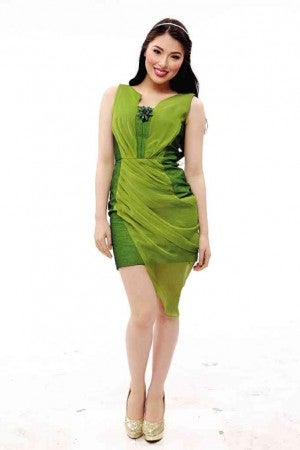 KYLIE Padilla: A song about a fervent promise

GMA 7’s resident hunk Aljur Abrenica tries to be diplomatic when confronted by tattle tale—especially when asked about the feud of fans of screen partner Kris Bernal and real-life girlfriend Kylie Padilla.

Abrenica says the controversy is just a result of a “misunderstanding.”

In an exclusive interview with the Inquirer, he shares his thoughts on the triangle.

He says he was hesitant at first to address the issue but both Padilla and Bernal have been adversely affected by the controversy.

Although worried he might say something wrong and hurt people’s feelings, he feels the need to put a stop to the enmity.

“Guys, we are thankful for all your support. We understand that you love your idols and your idols love you, too. But I have one message to all of you: Let us love one another. That’s what we want.”

He would rather avoid all sorts of stressful intrigues, as he prepares for his concert, “Come and Get Me” at the Music Museum on Thursday. 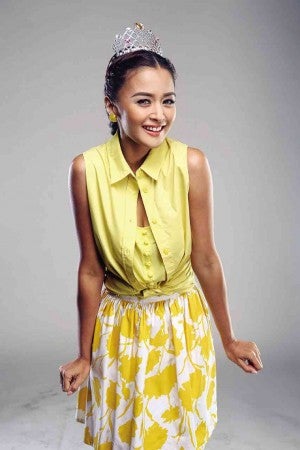 KRIS Bernal: A ballad on a blessed journey

“I am studying 24 songs for the concert,” he says. “I am trying to manage my time and balance everything. I have to take care of my health. I have to make sure I get enough sleep, to preserve my voice. That’s why I avoid problems. I need to be disciplined so I can accomplish all these things.”

Bernal is a guest in the show and Padilla promises to be in the audience.

“As much as I want Kylie onstage, she has her own commitments. She has started work on a new GMA 7 series, ‘Adarna.’ She’ll be very busy,” he explains.

So what song will he dedicate to Padilla in the show?

Pressed for an explanation, he says the song captures his true feelings. He says whatever challenges he and Padilla encountered made them stronger as individuals and as a couple.

Recently, rumors of the two’s  breakup spread in Show Town. Abrenica quickly denied the gossip, claiming that “we are very happy.”

Asked for the song he will dedicate to Bernal, Abrenica is at a loss for words. “That made me think,” he says. “Wow! We have a deep friendship. Just to make it clear, this was my song for her in the past: ‘Bakit Nga Ba Mahal Kita?’” 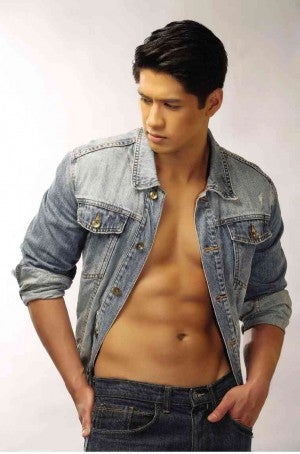 ALJUR says inspiration can “come anywhere, from your family, work and faith,” not just from your love life. INQSnap this page to watch the video.

He explains that he and Bernal have gone through lots of highs and lows, since winning in the reality talent search “StarStruck” in 2007.

They have worked on 11 projects, including their current soap “Prinsesa.” “In our journey together, we’ve been through lots of changes. I witnessed all the turning points in her career. I feel blessed that I am her partner. I feel lucky that I am beside her.”

He describes Bernal as “a very special girl: Kind, loving, a good daughter who’s also dedicated to her job.”

“I cannot imagine not being part of her life and, given a choice, I will still choose to be her partner,” he adds.

If he can dedicate a song to his parents, he will choose Bon Jovi’s “Thank You for Loving Me.”

He says the song encapsulates his relationship with his dad Jojo and mom Amor, particularly, the lines: “Thank you for being my eyes when I couldn’t see.”

He concedes that show biz glitz can be blinding. “But my family will always be there for me, to help me tell what’s real and what’s not.”

He keeps himself grounded by staying in touch with the entire clan. “I make sure that I visit my relatives in Pampanga: My cousins, my grandmothers … on both my mom’s and dad’s sides. They remind me of who I was before I joined show biz. They make me feel that I am still Aljur.”

He marked a personal milestone recently when he bought a new home for his parents.

“When I was just starting in show biz, I prayed at the shrine of Our Lady of Manaoag (in Pangasinan),” he recalls. “I asked for five things: My own car, a house for my parents, success in the industry, my own businesses and endorsements.”

The new home is meaningful because it is proof of all his hard work. “I’ve always dreamt of this … I am happy that I’ve finally attained it. Now I can start investing for my future,” he says.

The GMA 7 talent signed a recording contract with MCA Music, a move that elicited criticism from people who doubted his singing ability.

But Abrenica, who has been in show biz long enough to know he cannot please everybody, does not think the criticism should stop him from doing things he loves most.

Singing, he says, has always been a passion, as he grew up in a musically-inclined family.

The 23-year-old Kapuso heartthrob says it is normal for some people to criticize. “Everyone has an opinion and I respect that.”

“I believe I can do it. I want to show another side of me,” he says.

Abrenica says he will soon be working on another album under MCA, a follow-up to his self-titled record released in 2010 under GMA Records and Sony Music.

“This is one my biggest goals. My parents are both musicians; my cousins play for bands in other countries. They’ve inspired me to pursue music,” he says.

Abrenica says he will discuss with MCA what songs would suit him best. He listens to a lot of Bon Jovi, Aerosmith and Maroon 5 music.

Given the opportunity, Abrenica says, much like Bruno Mars, he wants to experiment with pop, rhythm and blues and rock.

“A lot of music artists now don’t stick to just one genre,” he says and adds he wants to do one or two acoustic tracks to show off his guitar-playing skills.

He says his new album will most likely be a mix of covers and original songs. “I would love to use some of my father’s compositions.” Abrenica says his own compositions will not pass muster yet. “Perhaps when I gain more confidence.”

Although better known as an actor, Abrenica’s love for music came naturally to him. His love for acting was only developed through the years.

Abrenica says it is hard to say if he is a better singer than actor as the two jobs are very different. “What’s important is that you can deliver and know where to take your audience with your singing or acting,” he says.

Although he is in a relationship with Padilla, Abrenica says having a love life is not really a must to sing well.

“You can draw inspiration from other experiences or other things like family, work and faith [in God],” he says.