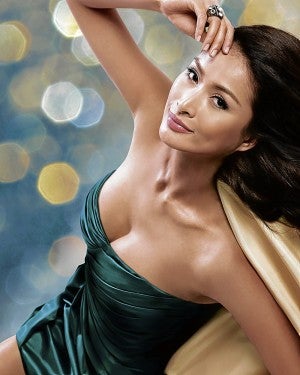 Baranda, 33, made the revelation on the ABS-CBN entertainment talk show “Buzz ng Bayan,” which she used to co-host under its former name “The Buzz.”

“I’ve been wanting to do this,” Baranda told hosts Boy Abunda, Janice de Belen and Carmina Villaroel, pertaining to her admission.

“I’m proud of Kim and I want to acknowledge her. I want to show her to the whole world,” Baranda said.

Kim said she understood that her mother had to hide her for her show biz career.

“I appreciate all the things you did for me and all the catching ups you are making… I love you,” Kim told Baranda.

Baranda used to be the entertainment anchor of “TV Patrol” and appeared on various television shows and numerous advertisements. Don Lejano

And now, Phoemela Baranda, the actress