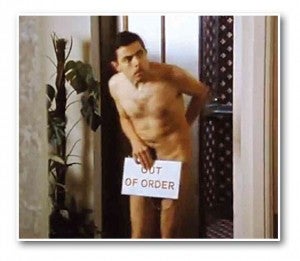 Show-biz personalities have mixed reactions to the Movie and Television Review and Classification Board (MTRCB) action asking ABS-CBN to explain the daytime airing of an episode of the popular British sitcom “Mr. Bean” that showed lead actor Rowan Atkinson’s buttocks.

Television host-actor Jojo Alejar said the board was overreacting. “The scene was shown simply as a source of hilarity and not to fuel lust. The buttocks are a common topic for jokes with my kids. It’s natural. Wala lang ’yon.”

“What the MTRCB should look into are contests of noontime shows like the ‘Super Sireyna’ or ‘That’s My Tomboy.’ I don’t have anything against homosexuality—the contests tend to present members of the gay community in a bad light. They are treated as commodities. There’s no respect.” 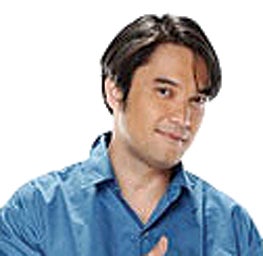 As a parent, Alejar said he always reminded his kids “to ask questions when they see something on TV that they do not understand. I also tell them to stay away from anything sexual or violent, not only on TV but also in their computers.”

He said he watched “Mr. Bean” with his kids. “We just laugh at his antics. They are nothing compared to what is shown on YouTube.”

Singer-actress Jenine Desiderio said, while she was a fan of “Mr. Bean,” she would not encourage her 3-year-old son Russell to see it. Desiderio, who is also mother to young star Janella Salvador, 15, said, “I find the show very funny, but it does not help build my son’s vocabulary since it is in mime. I don’t think it’s intended for children.”

Desiderio said it was up to parents “whether or not a child should be allowed to see ‘Mr. Bean’… Parents should be more vigilant. For me, blatant exposure of private parts is unacceptable in mainstream viewing. Zoning should be implemented.”

She added, “Just like parents, people running the TV networks should not be too complacent. They have to sit down and preview children shows before airing them.” 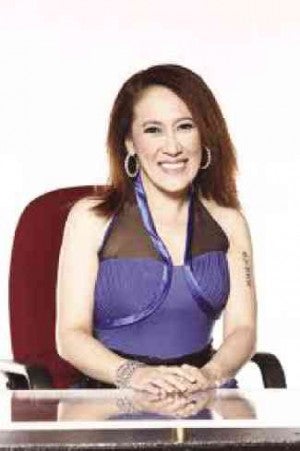 Comedienne Ai-Ai de las Alas said, while she had not seen any episode of “Mr. Bean,” she did not find butt exposure offensive. “Let’s not be too strict, especially since all of us have butts, anyway. Isn’t it that we even teach kids the different parts of the body? For their sake, we even call the male organ the ‘bird.’ Let’s not be too naïve. We look at our buttocks every day!”

But she said the MTRCB was right in demanding that ABS-CBN explain its blunder. “Children need guidance. We should all help in ensuring that they get it,” she said. De las Alas is adoptive mother to 2-year-old Seth Andrei.

“Not all mothers are around to ensure that what their kids are watching are child-friendly. Most of us have to leave home to earn a living. We can’t always depend on the yaya to explain to the kids what they see on TV,” she pointed out. “It would give us peace of mind if we know that the networks are also socially responsible.”

MTRCB Chair Eugenio “Toto” Villareal told the Inquirer the board wrote ABS-CBN immediately as soon as it received a complaint about the controversial episode.

He said they gave ABS-CBN three days after receipt of the letter to explain what happened. A “mandatory conference” on the issue was set for Nov. 5, he added.

ABS-CBN integrated corporate communications head Bong Osorio said they would be sending representatives to the meeting “and cooperate with the agency.”

Villareal explained the reason for the summons. “Networks have to implement the PG (Parental Guidance) classification. The scenes shown Tuesday could not even be classified as SPG (Strong Parental Guidance),” he said, referring to the episode titled “Room 426.” 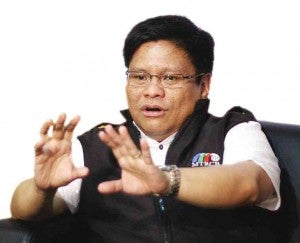 “Atkinson is shown running in the nude through a corridor with only a small signage (board) covering his private parts. A few seconds later, the camera zooms in on his behind. The exposure is quite long,” the MTRCB chief pointed out.

Villareal said an ad hoc committee would decide on the case. “As far as the MTRCB is concerned, nudity is not meant for free TV. If at all, nudity should be shown ‘naturally’ and no private parts should be exposed. An example is the character Tarzan, who is understandably half naked because he lives in the jungle.”

Villareal added, “It is better to err in favor of the children. It’s better that the MTRCB encourage discussion on the issue rather than just let it pass.”

He cited the ruling of the National Council for Children’s Television (NCCTV) on the “safe-harbor period,” specifying 6 a.m. to 9 p.m. as child-friendly hours. “TV stations may not broadcast programs not suited for children during these hours,” he said.