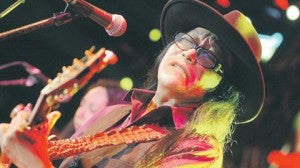 One jokingly said Aguilar’s favourite musical note progression nowadays revolves on the variations of “A minor”. Others said his most famous song, “Anak”, could be dedicated to his current object of affection.

Most comments border on the negative, saying Aguilar could be sued for seduction or child abuse.

In a report by Ervin Santiago, INQUIRER Bandera entertainment editor, on Thursday, the 60-year-old Aguilar admitted he is dating someone 44 years younger than him.

The news started when he was seen with the girl while attending the 5th Star Awards for Music on Sunday at Solaire Resort & Casino in Pasay City, wherein he was given a special recognition for his contribution to local and international music.

He admitted to the media present that indeed, the girl is his girlfriend.

Aguilar had a disclaimer that he didn’t know the age of the girl when he courted her. It was too late because he already fell in love with her when he learned of her actual age.

He requested the media not to mention the name of the girl.

But Aguilar said there’s nothing to worry about since the parents of the girl have approved of the relationship, only with a warning that she should be careful because Aguilar is known to be a ladies’ man.

Aguilar said he doesn’t mind the negative criticisms like those describing him a “cradle snatcher” or he ages backwards, among others.

He said he’s been used to being thrown with lots of sarcastic remarks from friends. He added he is ready to marry the girl once she reaches legal age.

Since the news came out, there were also photos circulating online of Aguilar and his girlfriend kissing each other, drawing more negative reactions.