“WAR IS a Tender Thing”

Another rave for ‘Norte’ 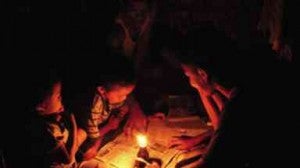 “TONDO, Beloved: To What Are the Poor Born”

He hailed Diaz’s aesthetics as “uncanny … (he’s) the first great filmmaker to be equally and decisively marked by the West and the East.” Film Comment gave “Norte” a positive review when it debuted at the Cannes fest in May. Dennis Lim pointed out: “In a Diaz film, the wounds and defeats of Filipino history always loom large.”