No immediate replacement for ‘Wowowillie’–TV5 exec 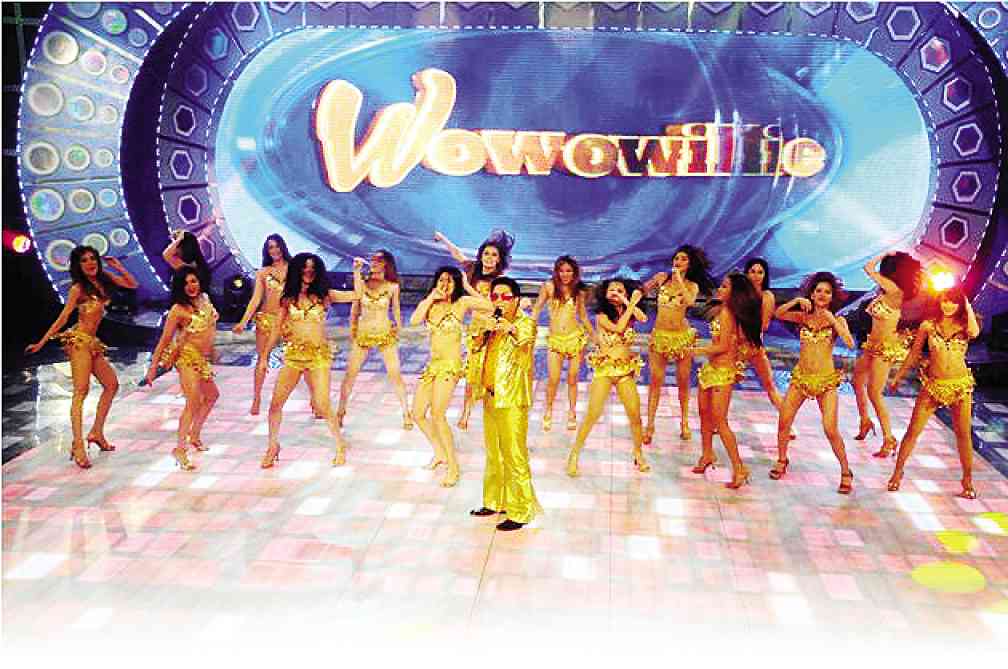 Currently focused on strengthening its primetime and weekend programming, TV5 is in no hurry to replace Willie Revillame’s “Wowowillie,” which will air its final episode on Saturday.

“It would be a loss for fans of Willie. But, right now, we want to build TV5 brick by brick. We’re doing that by boosting our primetime and weekend shows,” TV5 president and chief executive officer Noel Lorenzana told the Inquirer at the network’s trade launch at the NBC Tent in Taguig City.

“We’ll compete in the areas [where] we can and then take it from there,” Lorenzana said. “Mahirap makipagsabayan. Hindi naman kami nagmamagaling na kaya naming lahat. And, like I’ve said, we’ll have to build pillars first.”

TV5’s chief content officer for entertainment Wilma Galvante added that they would not be producing a new noontime variety show “anytime soon or in the near future.” “We’ll probably air movies or Koreanovelas in the meantime,” she said.

“Wowowillie,” which has occupied TV5’s noontime slot since Jan. 26, is one of the many incarnations of Revillame’s controversial variety show.

Revillame started with “Wowowee” (2005-2010) on ABS-CBN. And then, after his unceremonious departure from the Kapamilya network in 2010,  he initially occupied TV5’s primetime slot with “Willing Willie,” later renamed “Wil Time Big Time” (2010-2013).

Revillame’s shows on TV5 were coproduced by his own production outfit, Wil Productions, Inc.

Earlier this year, Revillame announced on “Wowowillie” that he was taking a break, from a couple of months to a year, due to personal reasons he declined to divulge. He said he personally wrote TV5 chair Manny Pangilinan to allow him to go on leave.

Asked about his thoughts on Revillame’s going on hiatus, Lorenzana said, “He told me he was tired and he wanted to rest. Willie and I have a good relationship and we’ll surely be keeping in touch. I wish him well.”

Wil Productions business unit head Jay Montelibano, who has been telling Revillame to “slow down and recharge,” said Revillame was looking forward to his much-needed vacation.

“His job is physically draining. He’s been at it for so many years. He’s in front of the camera, talking for around three hours, six days a week—that’s aside from being a producer. I imagine it took a toll on him,” Montelibano told the Inquirer in a phone interview.

Aside from spending time with his family, Montelibano said Revillame would also continue engaging in charity work. Wil Productions would partner with organizations like Gina Lopez’s Bantay Kalikasan.

“They’re looking into helping people around the country by providing means of livelihood,” Montelibano said.

Asked if fierce competition for high ratings was a factor in his apparent burnout, Revillame told the Inquirer  at the opening of his Wil Tower Mall that “Wowowillie’s” viewership “fell below expectations.”

Montelibano said problems with TV5’s broadcast signal were among the issues they had to contend with. “There was a problem with signal and reach; audio and video dropouts,” he pointed out. “Even if one’s an avid follower, if the reception is not good, he or she may not watch the show.”

Despite the setback, Montelibano said what was important for them was to continue bringing the happiness and service they had always provided. “Regardless of the rating, OK lang basta we give our best,” he stressed.

As for the future of Wil Productions after “Wowowillie’s” last episode, Montelibano said they could opt to mount shows, concerts or other productions.

Asked if they had received offers from major networks, Montelibano said there was none but added that they were not closing their doors on anyone.

“If there would be offers, we would definitely study them. But right now, Willie wants to just rest and I respect him for that,” he said. “Everything is open to negotiations, whether it’s with TV5, GMA 7, ABS-CBN or Solar.”

Should Revillame decide to come back, the Kapatid network would remain open to working with him, said Lorenzana.