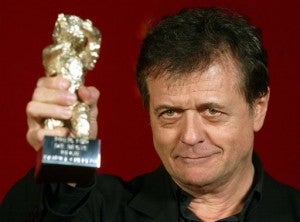 PARIS — Patrice Chereau, a celebrated and award-winning French actor and director in film, theater and opera who was renowned for cutting-edge productions, has died, officials said Tuesday. He was 68.

The cause of death Monday was complications related to cancer, said the Artmedia talent agency that represented him.

Impassioned by the performing arts at a young age, Chereau showed breadth as a director — from his revolutionary production of Richard Wagner’s Ring cycle at the 1976 Bayreuth Festival, to his blood-soaked 16th-century period piece and biopic “Queen Margot,” a 1994 film that starred French icon Isabelle Adjani and won the Jury prize at Cannes.

President Francois Hollande, in a statement, said every one of Chereau’s films was a masterpiece, adding: “One of the greatest French artists has just died.”