My big brother had all his bases covered 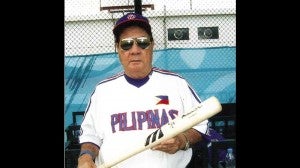 Three months ago, I paid tribute to my brother, Hector Navasero, on his 78th birthday. This morning, we will bring his remains to St. Therese chapel in Laguna, our hometown.  After the 10 a.m. Mass on Oct. 6, Kuya Hector will be interred at Los Baños Cemetery on the day his wife celebrates her birthday.

We just buried the youngest and only sister of my mother, Tia Naty Cruz Dominguez, 98,  last Sept. 3 in Pagsanjan, Laguna, where my Kuya brought his Philab band.  We were all together then. A few days later, Kuya called me to ask how old I was and said he would send me a sack of rice.

On Sept. 27, he was taken to Makati Medical Center, because he complained about having vertigo. On the day that he was supposed to be discharged, he collapsed.

He was found to have sepsis. His doctors worked ‘round the clock—to no avail. Five days later (Oct. 1), a doctor came in and advised us to call a priest.  So, Rev. Desleta, from the church where he was married 57 years ago, was called in. His remains were at Ellinwood church until yesterday.

Kuya Hector lived a full and meaningful life.  He built schools and hospital laboratories. Two years ago, he passed Philab on to his son, Hector Thomas Navasero, who attended Cornell and Stanford Universities and promises to carry on his father’s legacy.

My brother was passionate about uplifting the youth by promoting baseball to keep them away from drugs, with the slogan: “When you build the youth, you build the nation!”  He was the longest-serving president of the Philippine Amateur Baseball Association.

He bankrolled baseball teams to various tournaments. His team won two gold medals in the Southeast Asian Games. At the time of his death, he was also the director-at-large of the Baseball Federation of Asia. The country’s baseball team grieves for its fallen  Big Brother.

I thank my brother for buying me a dream—he was the one who sent me to the Brooks Institute of Photography in Santa Barbara, California.  I owe him what I am now as a photographer. We used to be seven siblings—now, only four are left. I love you, Kuya Hector!