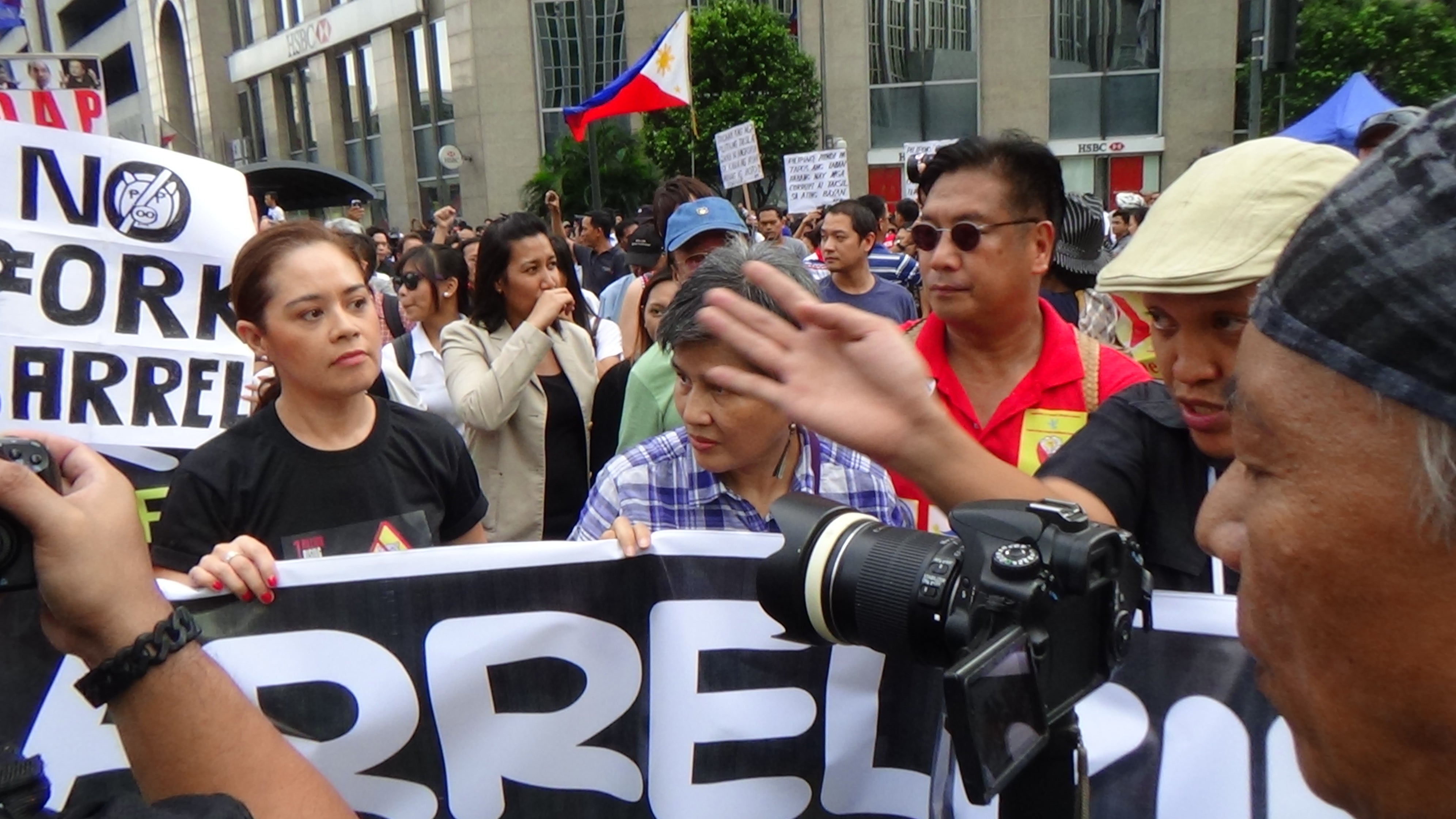 MANILA, Philippines—The government should not ignore the voice of the people calling for the abolition of the pork barrel system, theatre actress Monique Wilson said at the “Million People March” on Ayala in Makati City on Friday.

Thousands of people marched to the statue of Ninoy Aquino at the corner of Ayala Avenue and Paseo de Roxas to call for the scrapping of the Priority Development Assistance Fund (PDAF) and all other discretionary funds being given by the executive department.

The protesters called for the millions of pesos being given to lawmakers to be reallocated to social services that they say will not be at risk of corruption.

Wilson, a long time advocate of womens’ rights, said that women are among the most affected by the recent pork barrel scam because they belong to the most vulnerable sectors.

“They are the most vulnerable sector because they dont have access to healthcare, cannot bring their children to school and are forced to sell their bodies just so they could have something to eat for the day,” Wilson said.

Women are also forced to become overseas workers, she added, referring to the large number of domestic helpers abroad.

“So I really think that this is a depolarable issue which is why the pork barrel should be abolished because our women are becoming more sacrificed than anyone else because of poverty,” she said.

Farmers, fisherfolk, migrants, teachers, and workers should also join in the call for the abolition of the pork barrel because they are the ones that are already mired in poverty.

“We have to think about the marginalized and the grassroots because they are the ones who cannot wait and it is a life or death issue for them already,” she said.

Read Next
Sinead to Miley: Don’t be sexually exploited
EDITORS' PICK
vivo brings to the Philippines a powerful smartphone with a slimmer body, the vivo Y02s for only PHP 6,499
Apple warns of flaw that lets hackers into iPhones, Macs
46% of schools nationwide to have full face-to-face classes on Aug. 22
House energy committee chair Arroyo bats for cheap electricity
What to watch out for when selecting a video surveillance solution
Heads may roll at BOC, says Palace if sugar smugglers are allowed to use recycled import permits
MOST READ
DepEd to give teachers P5K cash allowance within first week of classes
Dressing the dead: Indonesian villagers clean corpses in afterlife ritual
DOJ indicts bank officer in $2.1 billion Wirecard fiasco
Mayor bares issues vs closed QC school
Follow @MSantosINQ on Twitter
Don't miss out on the latest news and information.